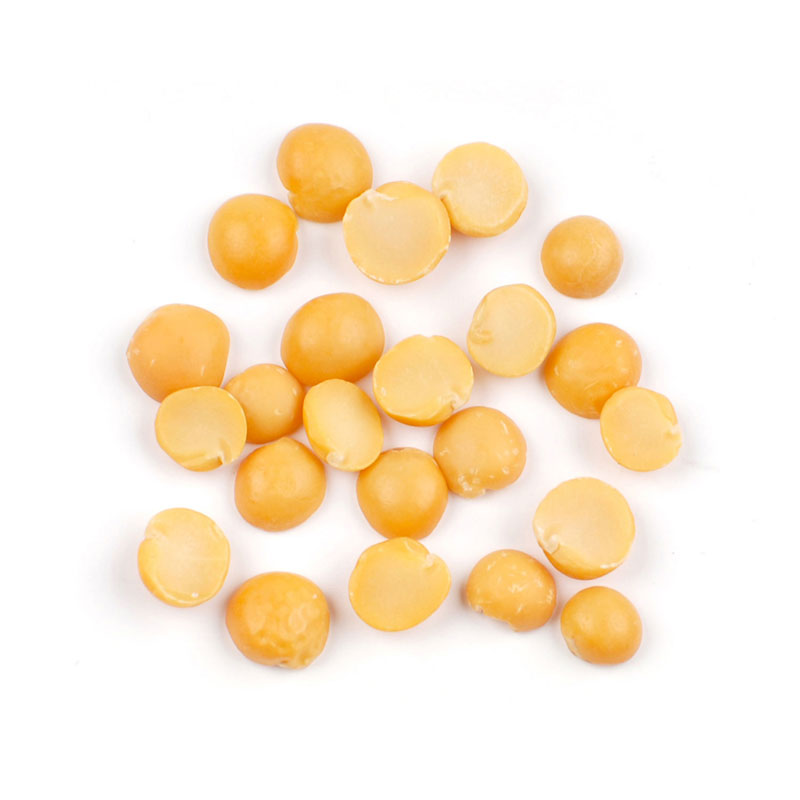 Yellow Split Peas are about 1/4 inch wide and pale yellow to beige in color. They have a mild, earthy flavor and soft, granular texture when cooked.

Yellow Split Peas should not be soaked before cooking. Simmer in boiling water for 45 minutes to 1 hour. The longer this legume cooks, the more it will break down and cause soups to thicken.

Yellow Split Peas (Pisum sativum) are part of the legume family. A pea is a small, round seed that grows in a pod. They are an annual, cool-season crop grown in many parts of the world. Although technically a fruit, the pea is considered a vegetable in the culinary world. Dried peas are part of a family of legumes collectively known as pulses, which also includes lentils and sometimes chickpeas.

Split peas are the result of removing the outer skin from the pea then manually or mechanically splitting the pea where its two lobes naturally come together. Yellow Split Peas are about 1/4 inch in diameter and golden yellow in color, lighter on their cut side. They have a mild, earthy flavor and soft, granular texture when cooked.

The history of dried peas reaches back at least 5,000 years. Scientists believe that they originated in southwestern Asia, perhaps in northwestern India, Pakistan, Afghanistan or adjacent areas. However, they soon spread to the Mediterranean region, then throughout Europe and soon to the New World. The common garden pea we know today was developed in England, but Canada is currently the world's largest exporter of peas. Along with beans and lentils, peas form an important part of the diet in the Middle East, North Africa and Europe due to their nutrient density, versatility and economical nature.

A nutritional powerhouse, dried peas provide a rich source of vitamins A, B and C, fiber, protein and potassium.

Split peas tend to fall apart when thoroughly cooked, lending a thickening quality to stews, soups and curries. They have an earthier flavor than whole dried peas.

This amped up version of split pea soup gets a flavor boost from our Chipotle Morita Chiles. The smoky, spicy flavor of the chipotle is a natural fit with the meaty flavor of the ham bone and mildly sweet yellow split peas. 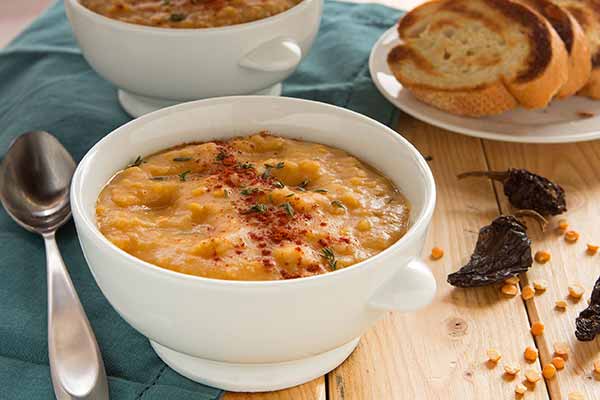