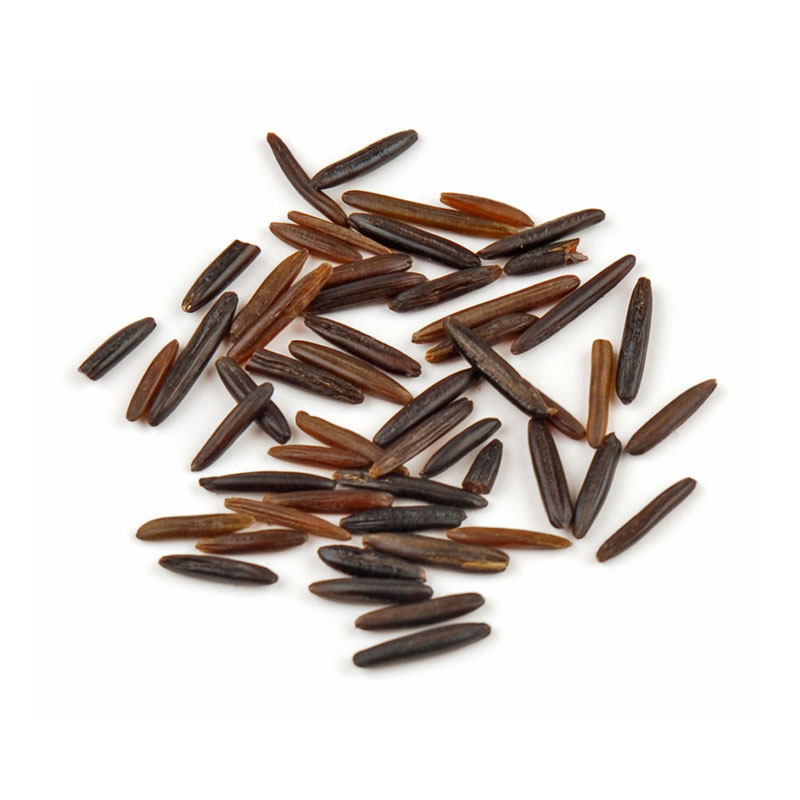 Add 1 cup rice to 4 cups water. Bring to a boil, then reduce heat to a simmer. Cover and cook 45 to 50 minutes. Fluff with a fork before serving.

Wild rice (most commonly Zizania aquatica or Zizania palustris) is one of two commonly-eaten grains Native to North America. Actually a semi-aquatic grass, wild rice was historically grown in lakes, tidal rivers, and bays, in water between 2 and 4 feet deep. Wild Rice was a sacred food and vital source of nutrition to Native American cultures. Commercial Wild Rice cultivation in the U.S. and Canada began in the 20th century, spurred by its exceptional nutritional content, dark obsidian color, and wonderful earthy flavor. Wild Rice is difficult to grow commercially and is still harvested using traditional methods in certain parts of North America.

The flavor and texture of wild rice is similar to whole grain rice. It is gluten free, a good source of fiber and lysine and among grains is second only to oats in the amount of protein per calories. When cooked, the light-colored grain pops out from underneath the outer sheath. The grains have a distinct, slightly crunchy texture that adds unique character to grain salads, stuffings, side dishes, and soups.

Wild rice makes for a terrific stuffing. The nutty, chewy texture compliments the crunchy nuts and tart cherries with sweetness from the squash and maple syrup. 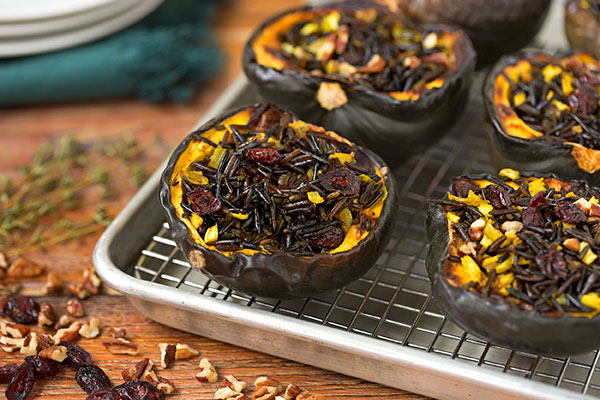