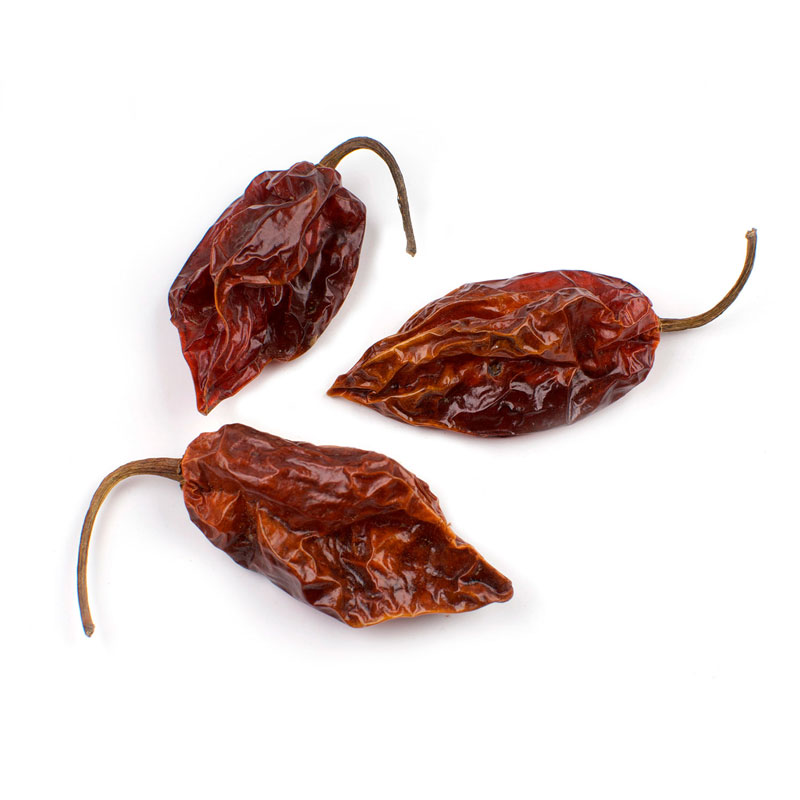 Scotch Bonnet Chiles are famous for their extreme heat and fruity flavor, often described as similar to their cousin, the habanero chile.

For maximum flavor dry toast chiles in a hot skillet until fragrant or in a 350° oven until puffy and fragrant. Rinse with warm water. Soak in hot water for 10 minutes to rehydrate or add directly to recipe that will cook at least 10 minutes. Once rehydrated, dice or purée and add to a recipe.

Scotch Bonnet Chiles might often be mistaken for their Mexican habanero cousins, but these look-alike peppers are more popular in Caribbean cuisine. In fact, Caribbean peoples have been credited with being the first to introduce chile peppers into their cooking to add spice, and the Scotch Bonnet Chile is the pepper of choice in this part of the world.

Named for their unique, squashed, bulbous shape that resembles a traditional Scottish cap (often called a "tam"), these brightly colored peppers are also known as Bahama Mama, the Jamaican Hot and the Martinique pepper. They are often found in Jamaican jerk seasoning and Caribbean curry recipes.

Part of the Capsicum family, these kinds of peppers have been part of the human diet in the Americas since at least 7,500 B.C. While they are now staples in many cuisines, they were not introduced to Europe and Asia until the late 1400s, when they were brought to Spain and quickly traded as a cheaper alternative to pricey peppercorns.

Our Scotch Bonnet Chiles have a signature extreme heat and boast a bright and fruity flavor. They can be used in traditional Caribbean cuisine, but are also often used in hot sauces and condiments.

Orange juice and white vinegar lend a tangy note and blazing hot Scotch Bonnet chiles turn up the heat. While the pork must marinate for a minimum of five hours, we recommend leaving it to soak up the flavor overnight. 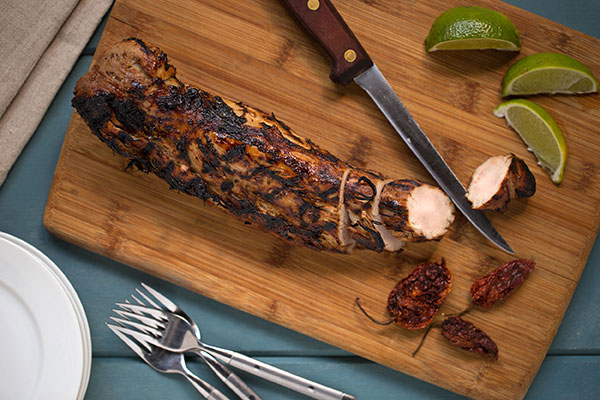