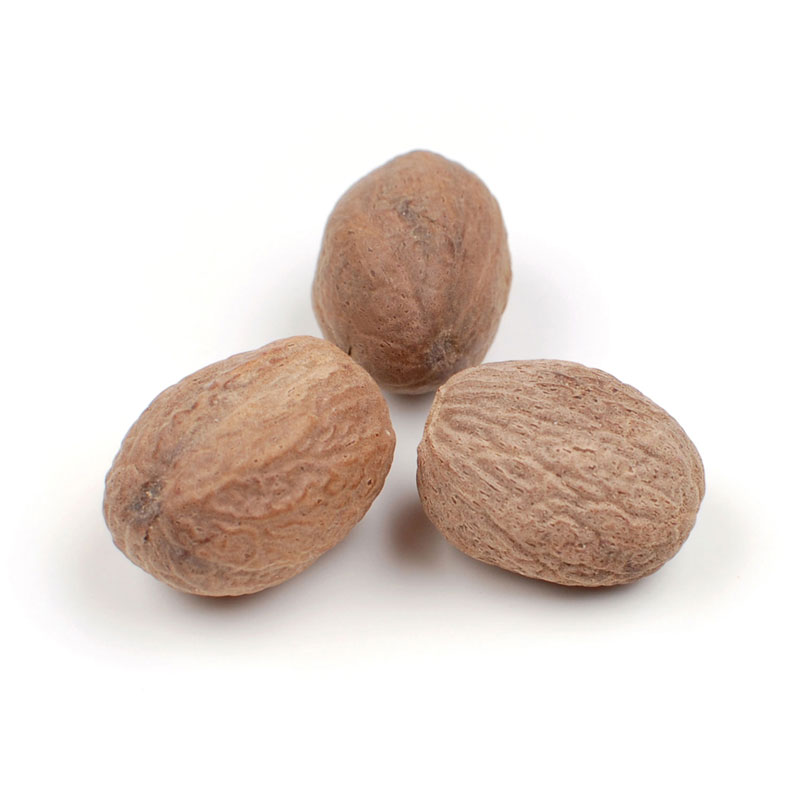 Whole Nutmeg has a warm, slightly sweet flavor that is released when ground or grated.

Grate immediately before use.

Whole Nutmeg is the seed of any of several species of trees in the genus Myristica, the most important of which is Myristica fragrans, indigenous to Indonesia and Malaysia. With a warm, sweet flavor, the seed is ground or grated and used to add depth to savory dishes or to round out other sweet flavors. It is most notably associated with winter baking and spiced beverages.

This highly treasured, costly spice boomed in popularity during the Middle Ages, being used frequently as flavoring, preservative and a medicinal agent. Its rumored ability to ward off the plague contributed to its skyrocketing price, which led to a bloody war between the Dutch and the English over who would control production.

Nutmeg's medicinal uses are extensive. The spice is useful as a sleep aid, a skin brightener, a digestive aid, an antibacterial, a circulation booster and much more. Nutmeg oil also contains a compound called eugenol that is used in dentistry to provide relief from toothaches.

Today, nutmeg is mostly consumed by Europe, the United States, Japan and India. 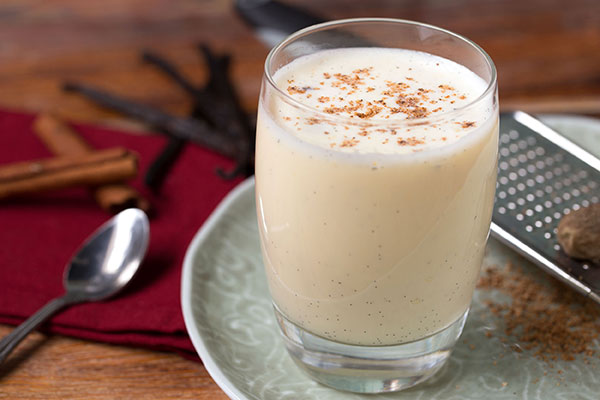