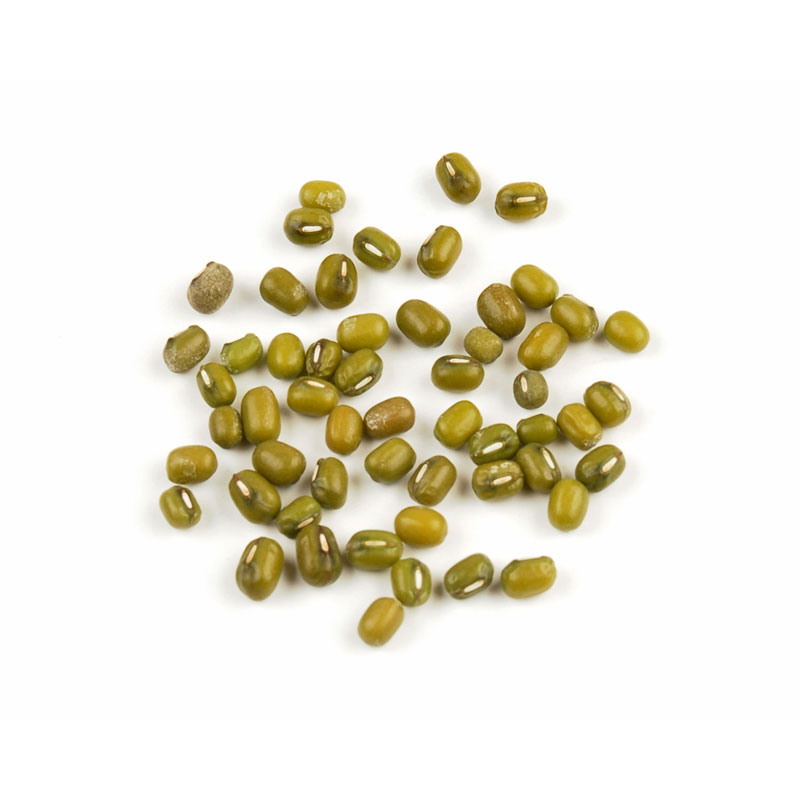 The Mung Bean is a delicate legume that has a flavor similar to sweet and mild peas, often used as a protein source in Asian cuisines.

Soak overnight and boil 30 minutes, or boil 1 hour if not soaked.

The Mung Bean is the seed of Vigna radiate, native to India and mostly frequently cultivated there and throughout Asia. It is also produced on a much smaller scale in Europe and the United states in hot, dry regions. It is used in both savory and sweet dishes, often in soups or pastry filling. In the United States, it is typically sprouted and used cold as a salad component.

Mung Beans are a rich source of nutrients including protein, fiber, iron and magnesium. This particular legume has a long history of both culinary and medicinal uses, dating back to at least the 10th century AD. A powerful detoxifier, its best-known medicinal use is for treatment of poisoning. It is also beneficial to the immune system, metabolism and heart, and provides protection against free radical damage.

Quick-cooking Mung Beans work wonderfully as a soup thickener, breaking apart easily after cooking, especially after an overnight soak. In this recipe, these protein-rich beans are paired with kale to make a beautiful green soup. 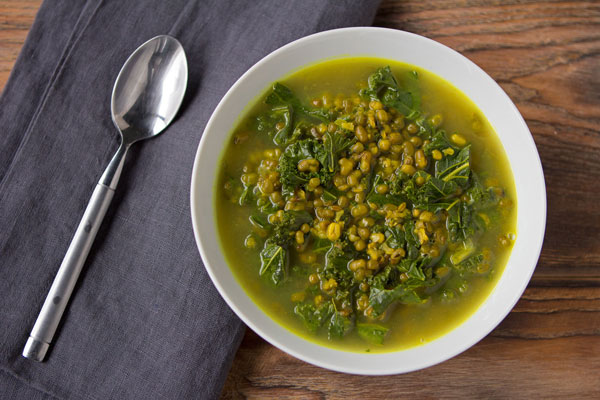