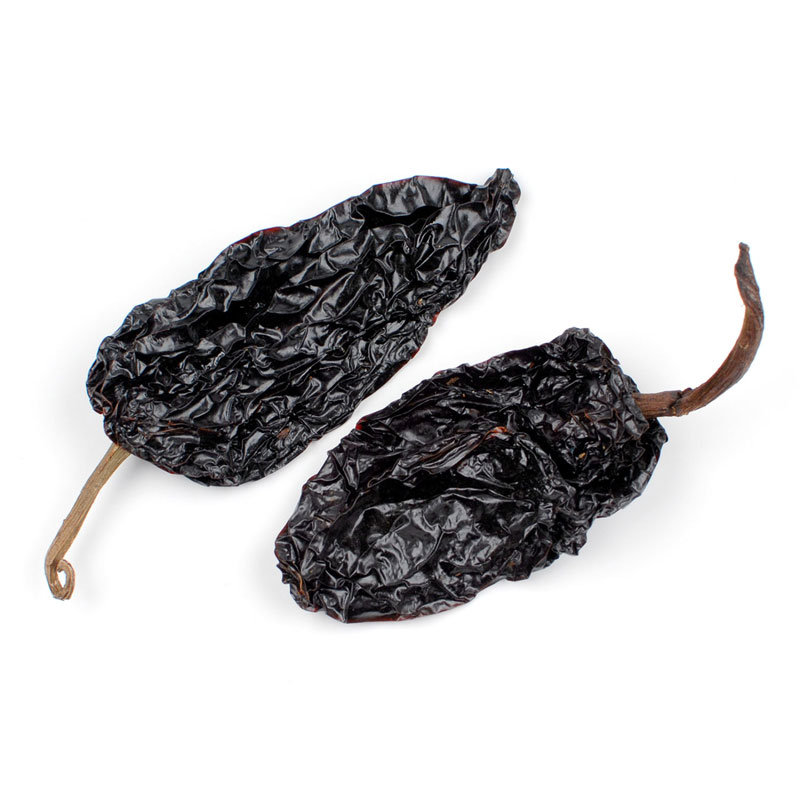 The Mulato Chile is a large, flat and wrinkled pepper with a sweet and smoky flavor and medium heat.

The Mulato Chile is a close relative to the poblano pepper, left to ripen to a rich brown before being dried. The ripening adds to its character, giving it a signature dark flesh and undertones of cherry, chocolate and tobacco. Mulato is a primary ingredient in traditional Mexican mole sauces, dating back to the origin of the sauce that was invented in the 16th century by Sor Andrea de la Asuncion, a Dominican nun in the city of Puebla.

Part of the Capsicum annuum family, these peppers have been part of the human diet in the Americas since at least 7500 BC. While they are now staples in many cuisines, they were not introduced to Europe and Asia until the late 1400's when they were brought to Spain and quickly traded for their variety and as a cheaper alternative to the pricey peppercorns.

While it still involves a complex preparation process, Mole Rojo comes together faster than Mole Poblano, making it an excellent compromise when the craving strikes. This traditional version uses Mulato Chiles as the smoky, rich pepper core of flavor. 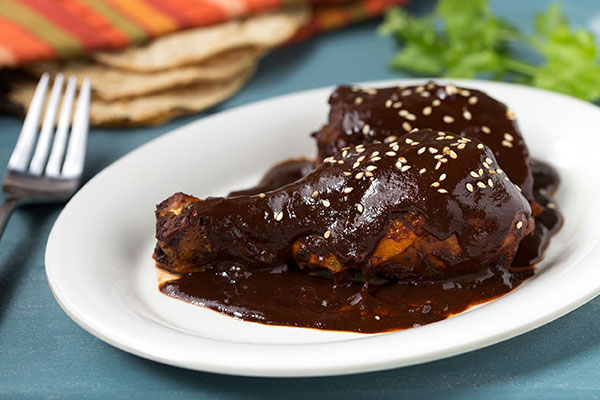