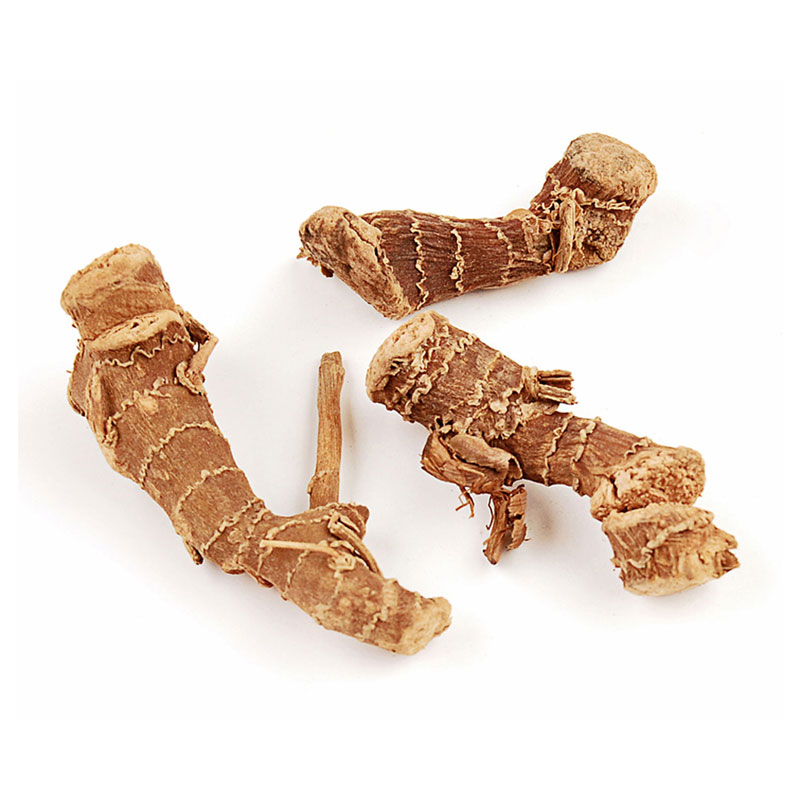 Galangal is a spice that is related to ginger and common in several Southeast Asian cuisines. Its taste is similar to ginger, but stronger, with notes of citrus, mustard and pine.

Grate on a box or micro-grater, or grind in a spice mill.

Galangal (Alpinia galanga) is a spice that is related to ginger and common in Indian, Thai, Malaysian and Indonesian cuisine, where it is a key ingredient in many fresh curries, soups and stews.

Galangal is cultivated for its root, which resembles its cousin ginger in both looks and flavor. The woody, knobby, branched root is light golden to tan in color, with brown rings around it and a fibrous, ivory to yellow interior flesh. It has a floral, spicy flavor similar to ginger but stronger, and is also slightly reminiscent of mustard or pine.

Galangal grows throughout Asia and the South Pacific Islands, as well as domestically in California and Florida. However, it was first harvested for culinary and medicinal use in China and Java. By the Middle Ages, it was in common use throughout Europe as an herbal cure for everything from indigestion to deafness. During the 13th and 14th centuries, the Turkic peoples (inhabitants of present-day Russia) used it as a tea, and it was being used extensively throughout Asia as a snuff product to clear nasal infections. It had also gained a reputation as an aphrodisiac and stimulant.

Typically, fresh Galangal is sliced and added to long-simmering dishes like soup or curry, then removed prior to serving, as the root itself is very hard and unpleasant to chew. In its dried form, Whole Galangal can be grated or ground in a spice mill to add a subtler flavor.

Galangal has homeopathic uses, including soothing stomachaches, ulcers and stomach inflammation; treating cold and flu; easing arthritis; and encouraging stronger circulation to the extremities. Galangal has also shown an anti-tumor effect in mice, and scientists are investigating this effect in humans.

This comforting Thai chicken soup features a broth that's laced with galangal, cilantro, lime leaves and lemongrass. Once the fragrant liquid absorbs the flavors, chicken and mushrooms are then simmered in the broth to soak up the deliciously complex flavors. 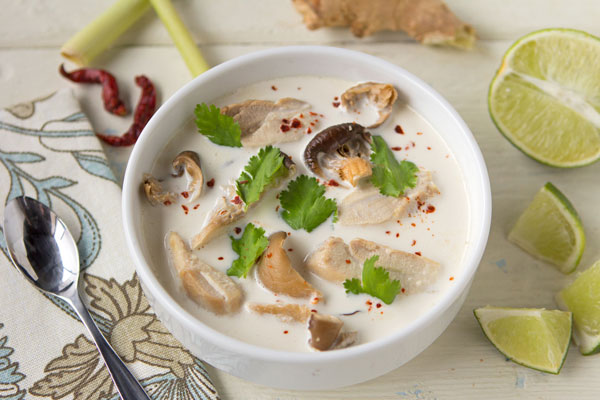