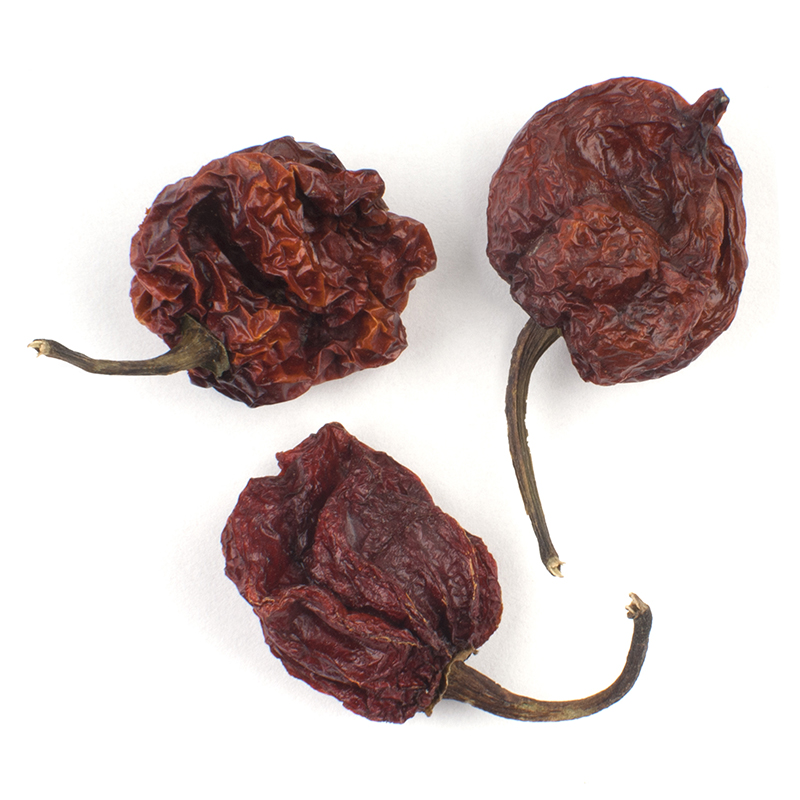 A Carolina Reaper Chile was awarded the Guinness World Record for the Hottest Chile in 2013, so you know these dried chiles are hot.

Warning: Handle with latex gloves and avoid contact with face and eyes. Rinse product first with warm water. Soak in hot water for 10 minutes to rehydrate or add directly to recipe that will cook at least 10 minutes. Once rehydrated, dice or purée and add to a recipe.

Carolina Reaper Chiles were specifically bred for maximum flavor. While the original intent was to create a sweet pepper, the results turned out to be hot chiles. In fact, in 2013, a Carolina Reaper Chile was awarded a Guinness World Record for being the Hottest Chile after it was assessed at 1,569,300 Scoville Heat Units. Today even an average Carolina Reaper Chile measures between 750,000 and 900,000 SHU, or about 5 times as hot as the typical Habanero Chile.

Our dried Carolina Reaper Chiles are grown especially for us. They are extremely hot, so precautions like frequently washing hands or wearing food-safe latex gloves should be taken when cooking with them. Take care not to breathe in ground Carolina Reaper Chiles, or to get the chiles’ natural oils on your skin or in your eyes.

This hot sauce gets a bright blast of searing heat from dried Carolina Reaper Chiles, the hottest chiles on record according to the Guinness Book of World Records. Use it very carefully and sparingly, like you would any other hot sauce. We recommend adding a few drops to a strong Bloody Mary or stirring a splash into cocktail sauce for dipping shrimp or poached lobster. 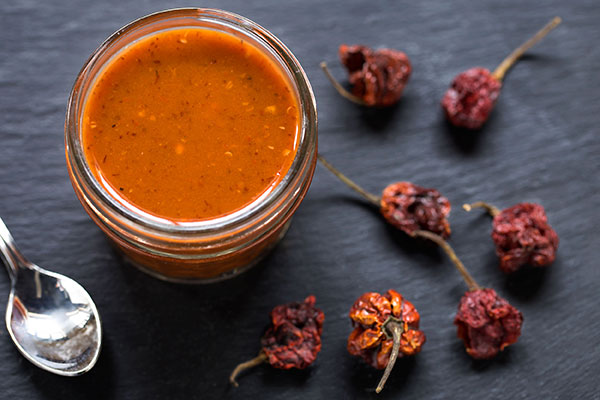