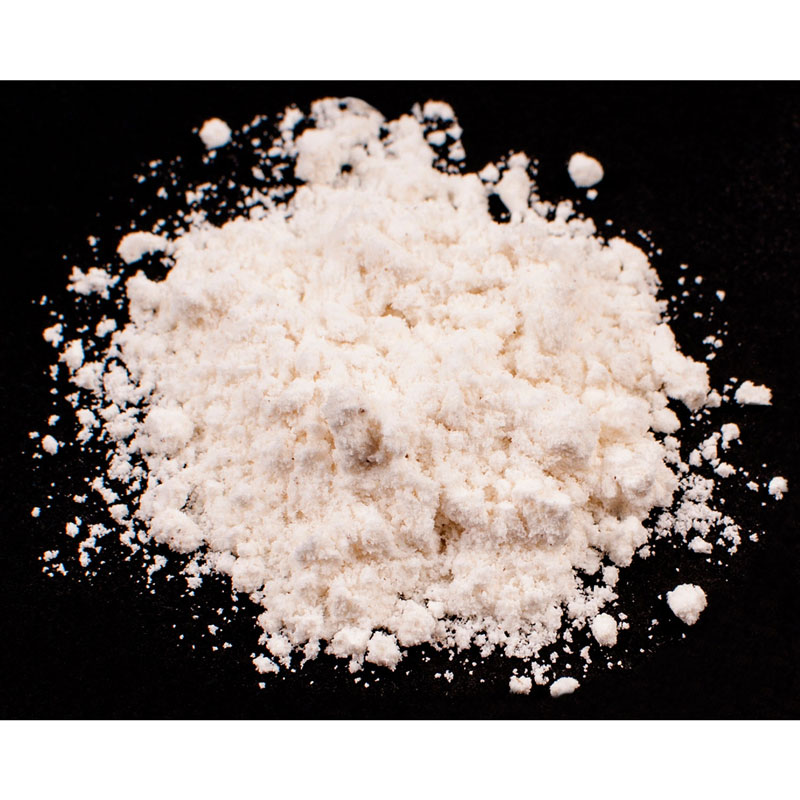 White spelt flour comes from milling spelt an ancient grain that is a relative of wheat. When the bran and germ are removed, leaving just the endosperm of the grain, the resulting flour is white and fine-textured. White Spelt Flour has a sweet, nutty flavor and can be substituted for all-purpose flour in baked goods, using 25% less water.

Add directly to recipe as called for, or substitute equal amounts for whole wheat flour, or for up to half of the flour in a recipe that calls for entirely all-purpose flour. Mix no longer than 4-1/2 minutes on medium speed to avoid gluten breaking down.

Spelt (Triticum aestivum spelta) is thought to have originated near present-day Iran more than 7,000 years ago. It is an ancient, pre-industrialized relative of today's common wheat, and provides a wider range of nutrients than other members of the wheat family. One of the first staple grains of ancient civilizations such as Greece and Rome, spelt was so important that it was offered as a gift to the gods of agriculture to encourage a fruitful harvest.

Spelt has been cultivated in the United States since the late 19th century, but during the 20th century it was mostly replaced with bread wheat, which was more industrialization-friendly due to its softer husk. Nevertheless it has remained very popular in Europe, especially in Switzerland, Austria and Germany, where it is called "dinkel."

Spelt is currently experiencing a resurgent popularity in the United States due to the rise of the organic farming movement. Naturally more resistant to pests and diseases than common wheat due to its tough outer hull, spelt requires fewer pesticides, making it a natural choice for organic farmers.

Hulled spelt can be eaten as a whole grain in salads, soups and sides, or the grain can be ground into flour and substituted directly for wheat flour in breads, pastas, cookies and other baked goods.

Like all whole grains, spelt is high in fiber, but it also boasts more protein than common wheat. Spelt is an excellent source of manganese, a nutrient that helps keep bones and tissues strong, nerves healthy and blood sugar levels normal. Spelt is also particularly heart-healthy due to its high niacin content. It is also a good source of copper, phosphorus, magnesium.

Our Spelt Flour is perfect for muffins, as it has a wonderfully nutty flavor and produces a fine and tender crumb. Adding a dash of orange peel and our exotic Special Fruit Blend — papaya, blackberries, cranberries and goji berries — gives these muffins a sweet-tart flavor and pleasantly chewy texture. 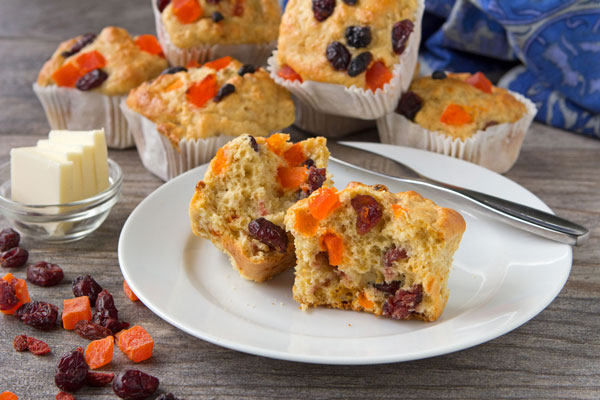