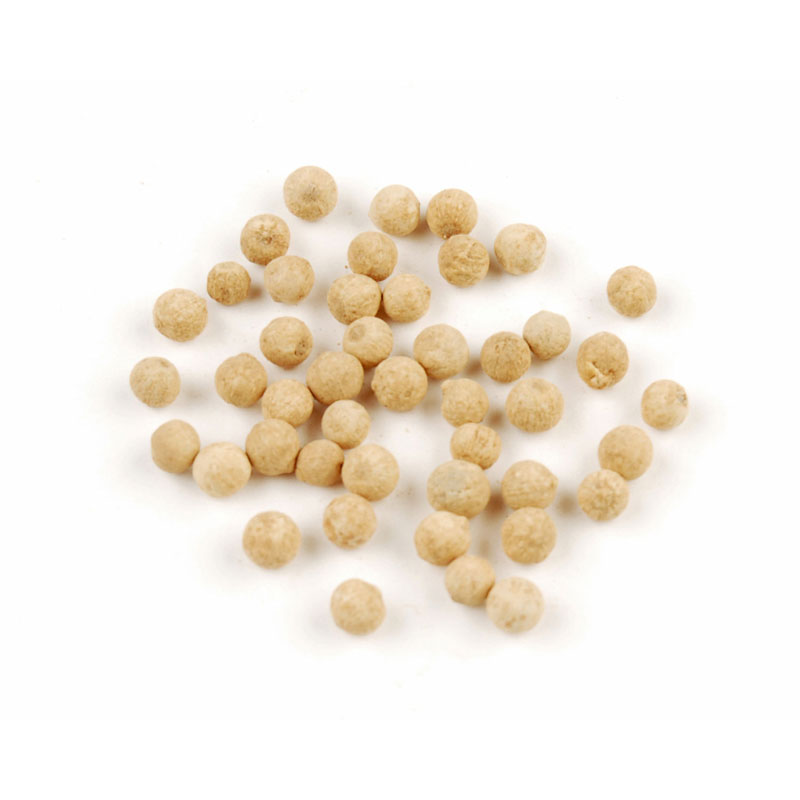 Ready to use as is or grind. Add to taste.

White Peppercorns come from the common pepper plant (Piper nigrum), a flowering tropical plant that was originally native to India. The plant produces tiny berries or "drupes." These berries can be harvested and processed at various stages of their maturity to achieve different flavors and colors. White Peppercorns are allowed to ripen fully, causing the skins of the drupes to turn red. After drying, the peppercorns are soaked in water to soften and decompose the outer layer, leaving only the white center of the peppercorn. The result of the soaking process is a mildly hot, slightly fermented pepper flavor.

In modern herbal medicine, White Peppercorns are used topically to treat pain from muscular aches, sprains, arthritis and osteoporosis, while in Chinese medicine, they have been used as a remedy for joint pain and stiffness, nausea and digestive complaints. And unsurprisingly, given their spiciness, White Peppercorns are used in Indian Ayurvedic medicine to clear nasal congestion.

White Peppercorns are most prominently used in European cuisines, in fact Europe consumes twice as much white pepper as black, the reverse of the United States' consumption ratio. Many cooks combine black and white peppercorns for color and a different ratio of flavor compounds and heat levels.

White Peppercorns are the same as Black Peppercorns without the skin. The flavor is softer and more subtle but has a unique profile all its own. Combined with garlic the White Peppercorn infuses delicate lobster without overpowering. 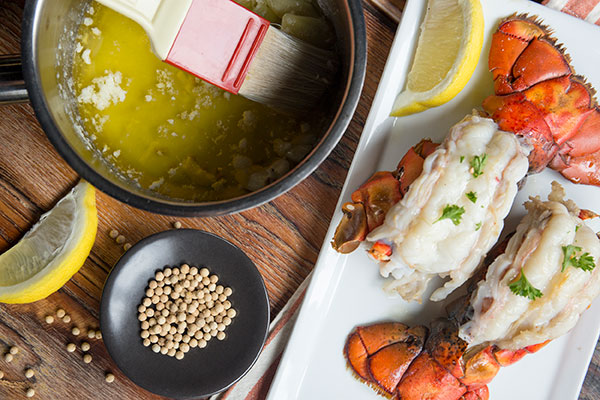