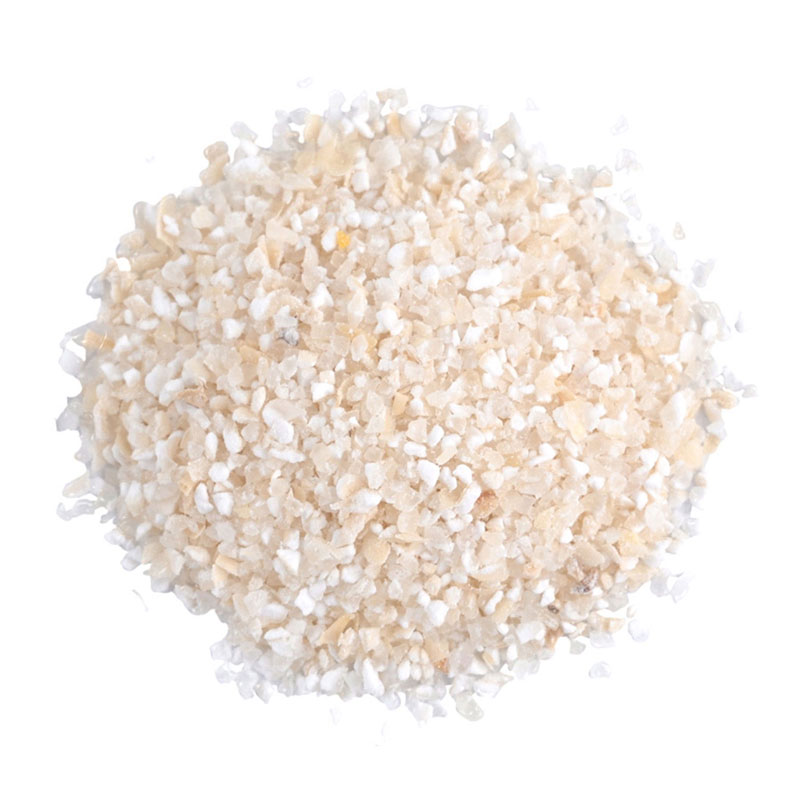 White Hominy Grits are coarsely ground white corn kernels that are most often served as a porridge. Native American in origin, corn grits are now a staple of the southern United States. The light corn flavor and grainy texture allows for versatility.

The word "grits" can refer to any coarsely ground grain, such as corn, rice, or oats, but most commonly refers to coarsely ground corn kernels. Native American in origin, these traditionally stone-ground kernels were first created as a by-product of making cornmeal. After grinding, kernels were passed through a screen. What went through the fine mesh was used as corn meal and what was left over was turned into grits. They have now been adapted into common use in the southern United States. In fact, three-quarters of the grits sold in the United States are sold in the South.

White Hominy Grits are bland by nature, but can be flavored with just about anything. They are traditionally prepared with a little butter, salt and pepper, and sometimes cheese. They are also delicious sweetened with maple syrup. Grits, like their cousin polenta, can be eaten creamy and soft or allowed to set up and then sliced and pan-fried for a different texture.

This traditional breakfast dish from the Carolina lowcountry region has enough flavor and complexity to satisfy as a full entrée. The key to great grits is not to rush the cooking process, so give the grits enough time to fully cook, stirring and adding more water if necessary until the perfect consistency is reached. 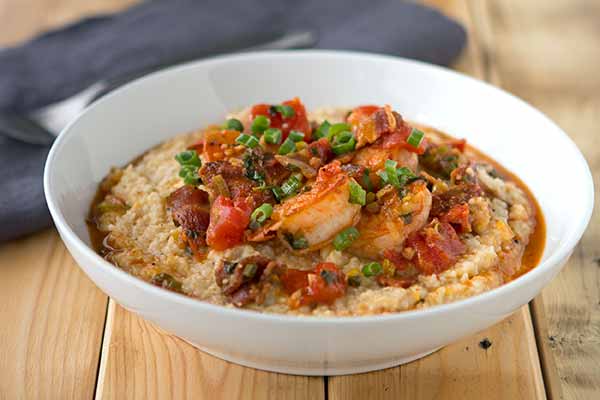