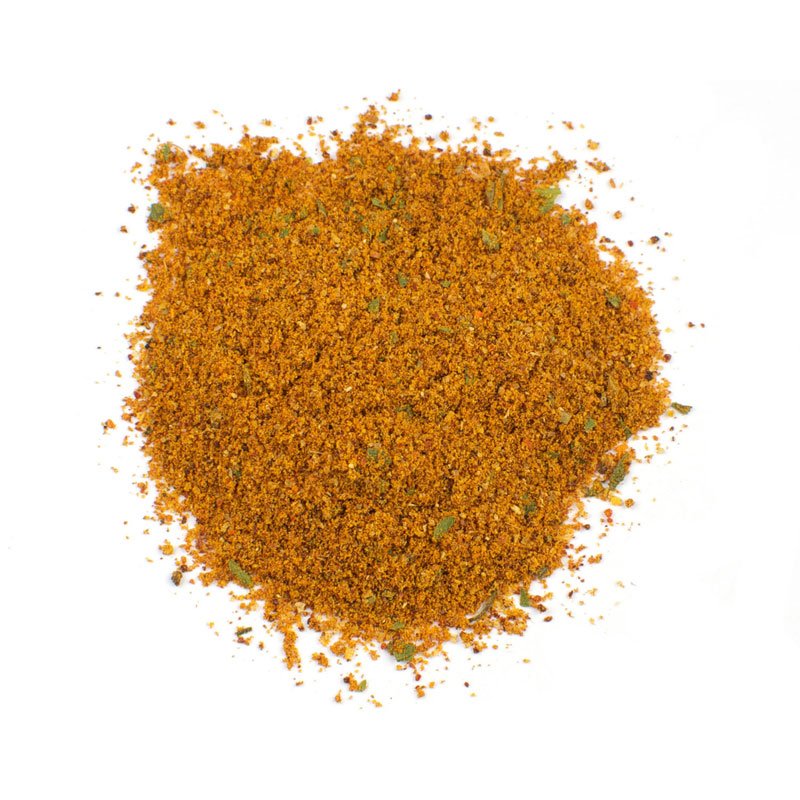 Vindaloo Curry Powder is a very hot curry spice blend used to make a version of curry that originated in the southwestern Goa region of India.

No preparation needed. Add to taste.

Our Vindaloo Curry Powder is a very spicy blend of chiles, cinnamon, ginger, cardamom, cloves and other spices with underlying turmeric, garlic and fenugreek. Vindaloo originated in Goa, a southwestern region of India that was a Portuguese province for 450 years, before it became part of India in 1961. The name derives from "carne de vinha d'alhos," which means "meat with wine and garlic" and was usually prepared with pork. Over time, vinegar was substituted for red wine and additional curry spices and hot chiles were added, so that eventually Portuguese "carne de vinha d'alhos" became the Goan dish vindaloo.

In modern, Anglicized Indian cuisine, vindaloo is often simply shorthand for a hotter version of the standard restaurant curry, with potatoes added, despite the fact that potatoes are not traditionally part of a vindaloo (the confusion comes about due to the fact that "aloo" is Hindi for potato). Our Vindaloo Curry Powder, by contrast, remains true to the dish's Goan roots, and thus has a distinctive flavor profile.

Traditionally, meat for vindaloo must be marinated in vinegar, sugar and spices overnight before cooking with onions, tomatoes, garlic, ginger and more spices. Vindaloo is usually made with chicken or lamb, but in a nod to its Portuguese roots, some restaurants serve the dish with pork, a popular preparation among Goan Christians that showcases the dish's multicultural roots.

Vindaloo, a popular curry dish in the Goa region of India, is known for its spicy heat and tangy vinegar flavor. This version highlights our Vindaloo Curry Powder, which is made from chiles, cinnamon, ginger, cardamom, cloves and other spices with notes of turmeric, garlic and fenugreek. 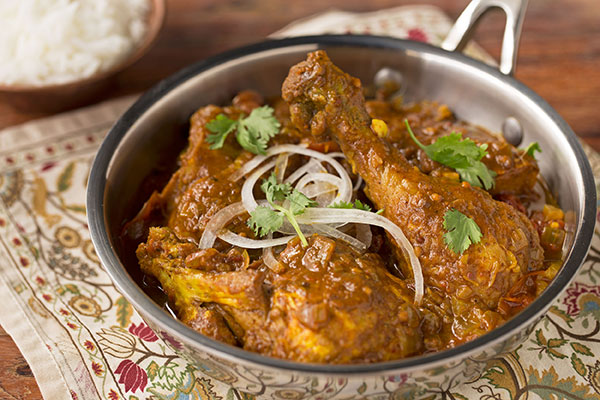