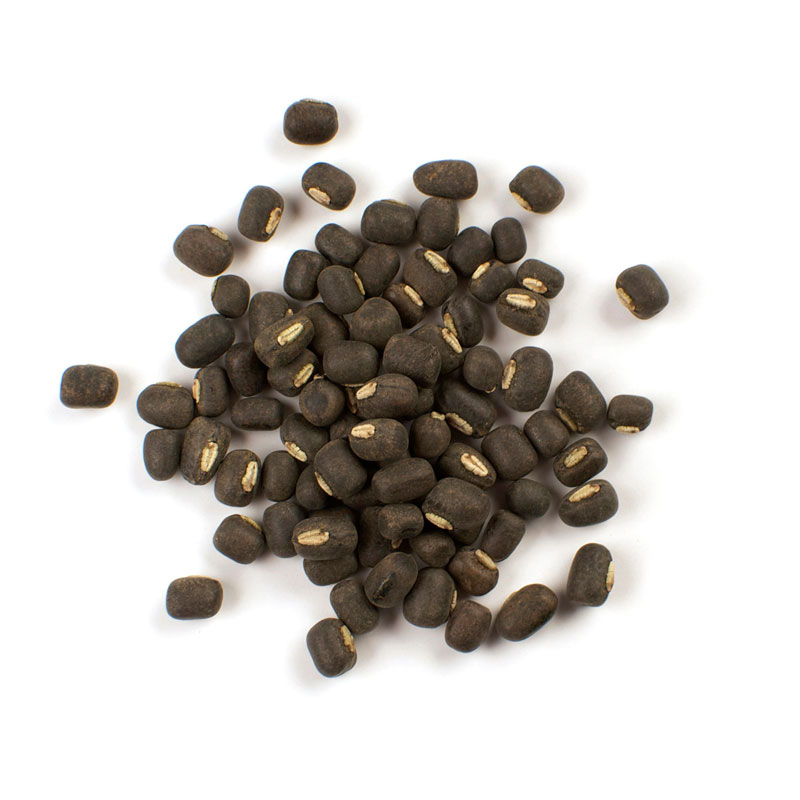 Black Gram, also known as "Urad Dal," are pulses that, although commonly called lentils, are actually related to cowpeas and mung beans. They originated in India, where they are still an important culinary ingredient, used in popular dishes such as dal makhani, dosa and papadum.

Carefully sort beans and rinse thoroughly. Place in a large pot and add enough water to cover by 1-1/2 inches. Bring to a boil for 30 seconds, then remove pot from heat, cover and allow beans to soak overnight. Drain water and rinse. Replace water and bring to a boil. Reduce heat and simmer, covered, until desired texture is reached, replenishing water if necessary so that it always covers the beans by 1 inch. Cooking time will vary from 45 minutes to 1-1/2 hours.

The Black Gram (Vigna mungo) is a small legume related to the cowpea and mung bean. Black Gram originated in ancient India, where it is still a staple component of the diet and is interchangeably called "urad dal." The legume can be split and peeled, which exposes its creamy white interior. This product is sometimes sold as ivory white lentils. In Southern India, these are often ground with rice to produce a flour that is used to make traditional breads. Additionally, they are eaten whole throughout the country in many curries and stews as a meat substitute.

Black gram is cultivated in many countries in Europe, North America, Africa and Asia, and is still among the most important crops grown in India and Sri Lanka today, due to its versatility and its relatively high protein content, both vital features in cultures where a high percentage of people follow a vegetarian diet. It is a short-duration crop that flourishes in areas that receive heavy rainfall during the growing season. It can also be planted during the dry season if properly irrigated. It is often planted as a cover crop to prevent erosion and replace depleted nitrogen in the soil, preparing it for planting other crops the following year.

Black gram also has significance in Indian traditional medicine, or "Ayurveda." Ayurvedic practitioners prescribe it to help increase male sexual vigor, strengthen the nervous system and act as an anti-inflammatory.

An important ingredient in Indian cuisine, Urad Dal is the chief ingredient in dal makhani. It is also peeled, split and ground with rice to make a flour that is used to make papadum, a light and crispy lentil flatbread, and dosa, a thin crepe that is commonly eaten for breakfast, either alone or stuffed with fillings such as potatoes, fried onions and spices.

Dal Makhani recipe is a staple of the Punjab region of India. Made with our Urad Dal (Black Lentils), this classic dish is best served with Basmati Rice and naan. 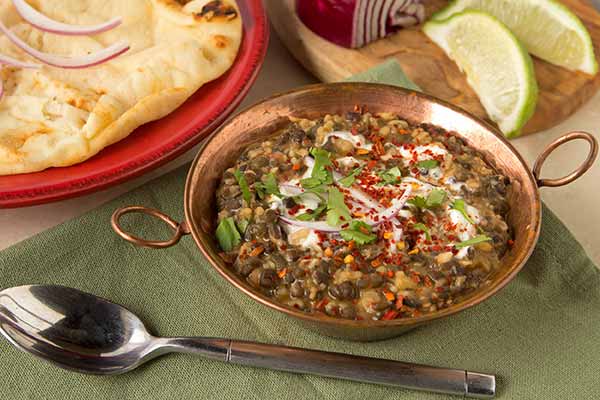