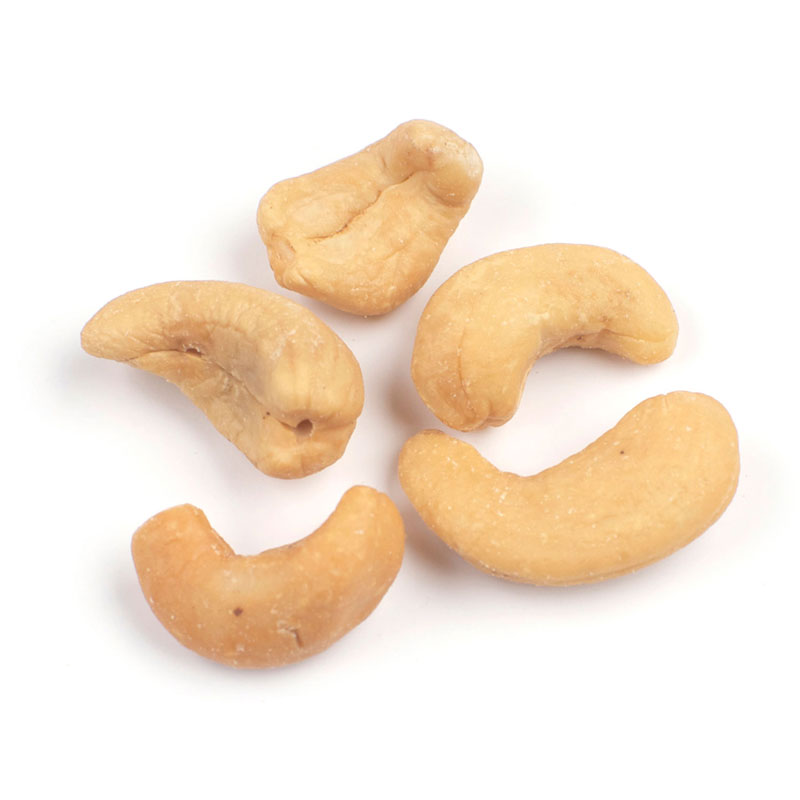 Cashews are prized among snack nuts for their unique, sweet, buttery flavor with a soft crunch. We take the same cashews we sell raw and roast them to develop the starchy meat and rich toasted nutty flavor of our Unsalted Roasted Cashews.

These Roasted Whole Cashews are prime examples of the nut. Their creamy texture and rich, buttery flavor are great additions to sweet and savory dishes alike, or eaten just as they are.