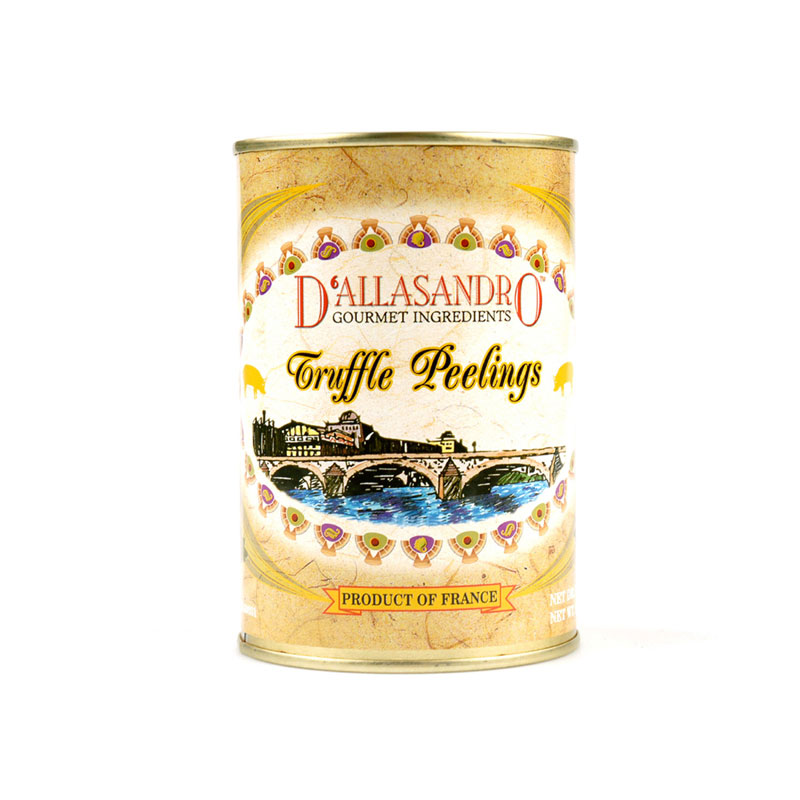 Known as the “black diamonds” of the kitchen, black truffles are the world’s most prized mushroom. D’allesandro Truffle Peelings are a convenient, year-round way to enjoy the pungent intensity of black truffles.

Remove truffles from can and rinse before using.

Black Truffles (Tuber indicum) belong to the family representing the most highly prized mushrooms in the world. They are valued due to their deep, earthy, pungent aroma and flavor, combined with their scarcity. Truffles grow underground in a symbiotic relationship with the roots of specific trees. They were traditionally hunted using female pigs, who would mistake the truffles’ aroma for the mating hormone of male pigs. Unfortunately, since pigs are rather indiscriminate eaters, this led to the pigs consuming nearly as many truffles as were successfully harvested. Now, truffle hunters typically use trained dogs. Several distinct species of truffles have been found in Europe, Asia, North Africa and North America.

Black Truffles are irregularly shaped and warty—molded by the stones that surround them in the soil—with a rough skin-like surface covered in small crystalline projections. When mature, the surface is nearly black, and the inside of the flesh is pale gray with white marbling. They range in size from that of a walnut to that of a fist.

The powerful aroma and flavor of a truffle is famously difficult to describe, but it bears notes of garlic, wild mushroom and hazelnut. It is extremely umami, and lends an assertive flavor that quickly takes center stage in any dish. Hence, it is best to serve truffles with relatively neutral ingredients such as eggs, cheese, cream, potatoes, pasta and rice, which will allow the truffles to shine. Fats can capture and enhance the aroma of truffles, so they are favored partners. D’allesandro Truffle Shavings can be infused into sauces or chopped and added to dishes to add depth. They should not be overcooked, however, as this compromises their flavor.

Our elegant Summer Truffle Peelings are preserved in rich black truffle oil to protect their delicate, earthy flavor. Use this aromatic butter to enhance meat or pasta, or melt it and drizzle over potatoes for a decadent flavor boost. 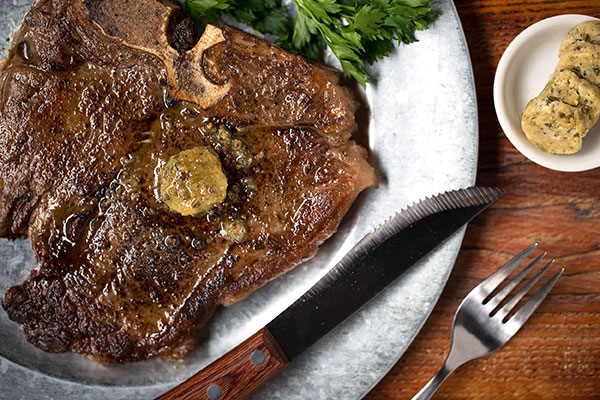