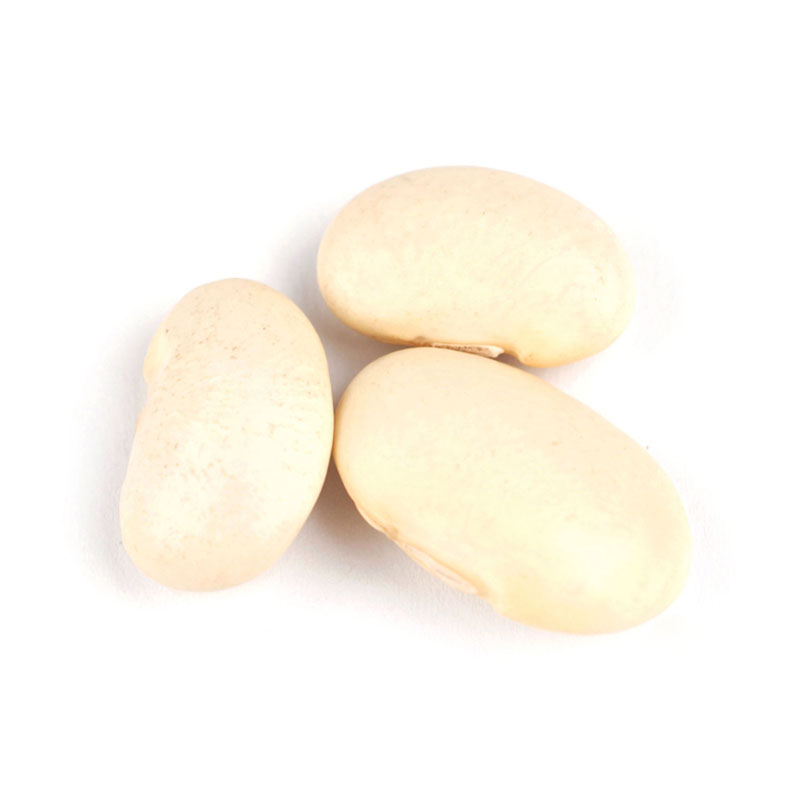 Carefully sort and soak overnight in plenty of water. Drain, rinse and place in large pot with fresh water. Bring to boil, cover and reduce to simmer until tender.

White Runner Beans, also known as Corona Beans, are in the runner bean family, which originated in Mexico. However, this climbing plant is much better adapted to cooler climates, and is a popular garden vegetable in England. The large beans grow in long, green bean-like pods. In addition to its seeds being edible, the plant is ornamental, bearing showy sprays of flowers alongside its pods.

White Runner Beans are commonly grown in Italy, but are much more difficult to find in other regions. Their shape is similar to a lima bean, large and broad, becoming much larger when cooked. Their texture is meaty, similar to gigante beans, and they are used similarly, often served as a side dish or used in stews.

White Runner Beans are members of the larger family of legumes, a genre of plant species used for their edible seeds and pods, which boast a high nutrient density with low-maintenance production and storage. They contain high levels of protein, essential minerals and fiber while maintaining a low level of fats.

While some versions of this classic Italian salad include salt-packed capers and fresh parsley, this simple recipe makes the most of pantry staples, including our Sweet White Runner (Corona) Beans. 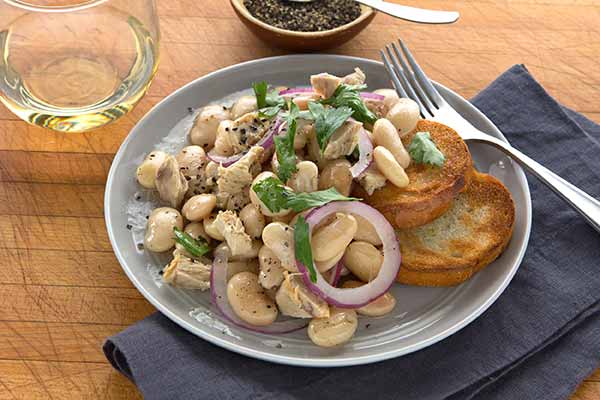