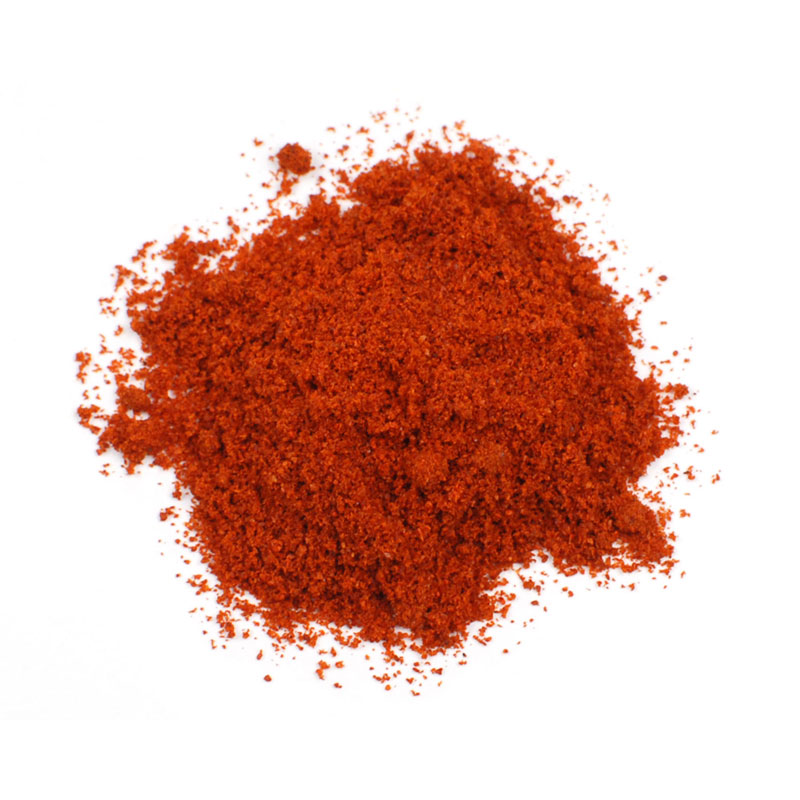 Our Sweet Hungarian Paprika has a rich, sweet pepper flavor, but no heat. Its vivid red color makes it a standout addition to stews and sauces, as well as a beautiful garnish.

Paprika is a spice that is made by drying and grinding either sweet or hot red peppers (Capsicum annum). Although popular today in many parts of the Americas, Central and Eastern Europe, Paprika was first produced in Spain in the 16th century, after pepper explorers brought back pepper plants from the Americas.

The spice ranges in color, aroma and flavor, depending upon where and from what type of pepper it is produced. Hungary produces eight different grades of paprika, which vary in color from orange or light brown to deep, dark red, and in flavor from pungent and spicy to sweet and mild. It is generally more flavorful and assertive than its Spanish counterparts. Our Sweet Hungarian Paprika has a rich, sweet flavor, but no heat. It is rich in vitamins A, E, B6 and C.

Paprika is a key ingredient in several iconic dishes of Central and Eastern Europe. Spanish "patatas bravas," or "spicy potatoes," are a traditional tapas dish made with a spicy paprika sauce. Paprika also provides the color and flavor for one of the national dishes of Hungary, "goulash," a flavorful meat stew. In the United States, paprika is often used as a garnish, sprinkled on top of dishes such as deviled eggs to impart color and subtle flavor. However, its flavor becomes more vibrant when gently heated in oil.

Sweet Hungarian Paprika is commonly found in many kinds of cuisine. Arguably the classic use is in goulash. The rich, sweet and not spicy flavor of paprika is easily recognizable in this simple one pot dish. This recipe will adapt seamlessly to a slow cooker. 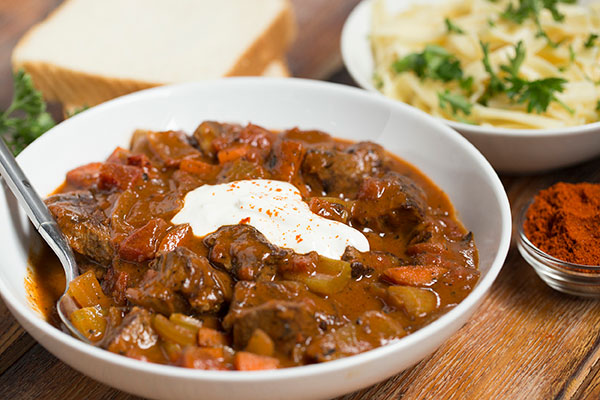