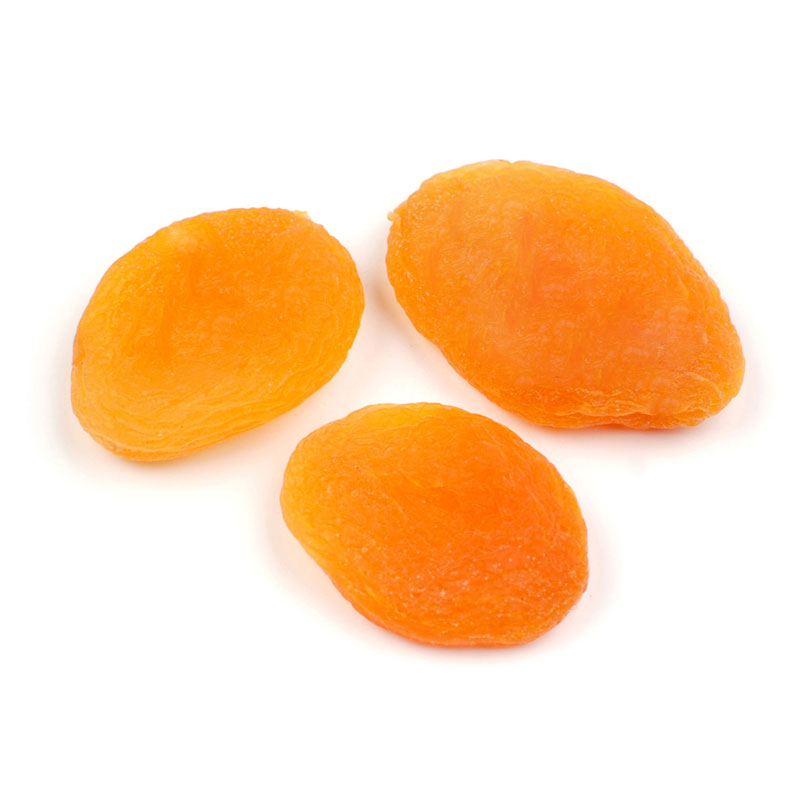 Picked when perfectly ripe, our Sun-Dried Turkish Apricots have a bright, sweet-tart flavor and vivid orange color, offering a consistent product year-round, without the limits of seasonality.

Apricots, sulfur dioxide(to maintain color), potassium sorbate. Although apricots have been pitted, they may contain the occasional pit. Contains sulfites.

Apricots (Prunus armeniaca) were domesticated in China and are now cultivated on every continent except Antarctica. Archaeological evidence shows that apricots were eaten in ancient Armenia. They were also known in ancient Greece and Rome. They were first introduced to North America by Spanish missionaries in the early 18th century by Spanish missionaries. In 2011, the top five producers of apricots were Iran, Uzbekistan, Turkey Italy, and Algeria.

Apricots are a stone fruit, closely related to peaches, cherries, plums, and almonds. They contain a large, flat pit within which is the seed. Apricots are similar in shape to peaches but smoother and smaller with a sweeter, mellower flavor. The flesh is typically a golden yellow color.

Aromatic Rice with Apricots and Chicken

Naturally sweet Sun-Dried Turkish Apricots are plump and loaded with flavor Include them with fragrant basmati rice, chicken and spices for an unforgettable one pot dish. 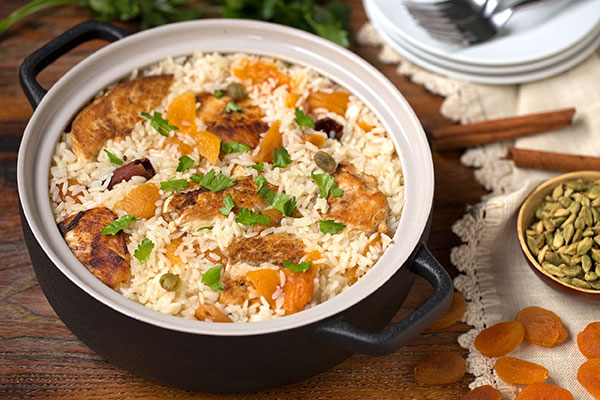