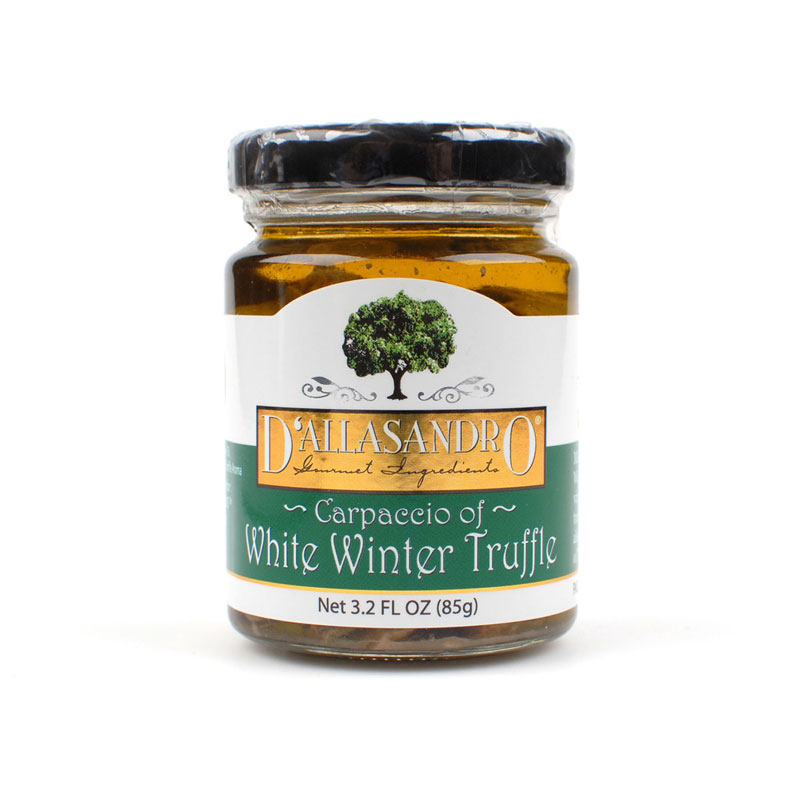 The White Winter Truffle, also called "Alba Truffle," is known as the "King of the Truffles." Renowned for a powerfully pungent earthy aroma and flavor that some describe as garlicky and slightly floral, it is the most valuable mushroom species in the world.

The White Winter Truffle (Tuber magnatum pico), also called "Alba Truffle," is known as the "King of the Truffles." It comes from the Langhe and Montferrat areas of the Piedmont region in Northern Italy, and often found in the hills surrounding the cities of Alba and Asti. Renowned for a powerfully pungent earthy aroma and flavor that some describe as garlicky and slightly floral, White Winter Truffles are typically harvested from late October to mid-December. It is the most valuable mushroom species in the world, commanding astronomical prices in the marketplace due to its short growing season, regionality and scarcity.

White Winter Truffles grow underground in a symbiotic relationship with the roots of oak, hazelnut, poplar and beech trees. They were traditionally (and in some areas, still are) hunted using female pigs, who would mistake the truffles' aroma for the mating hormone of male pigs. Unfortunately, since pigs are rather indiscriminate eaters, this led to the pigs consuming nearly as many truffles as were successfully harvested. Now, truffle hunters typically use trained dogs.

White Winter Truffles are irregularly shaped and warty-molded by the stones that surround them in the soil-with a smooth, light brown or cream-colored exterior that resembles a baking potato. Inside, the flesh is creamy to light brown with white marbling. They range in size from that of a walnut to that of a fist, but most are on the smaller side.

The powerful aroma and flavor of a White Winter Truffle is famously difficult to describe, but it is extremely powerful and bears notes of garlic, wild mushroom, autumn leaves and hazelnut. It is extremely umami, and lends an assertive flavor that quickly takes center stage in any dish. Hence, it is best to serve truffles with relatively neutral ingredients such as eggs, cheese, cream, potatoes, pasta and rice, which will allow the truffles to shine. Fats can capture and enhance the aroma of truffles, so they are favored partners. Our Sliced White Winter Truffles can be infused into sauces or chopped and added to dishes to add depth. They should not be overcooked, however, as this compromises their flavor.