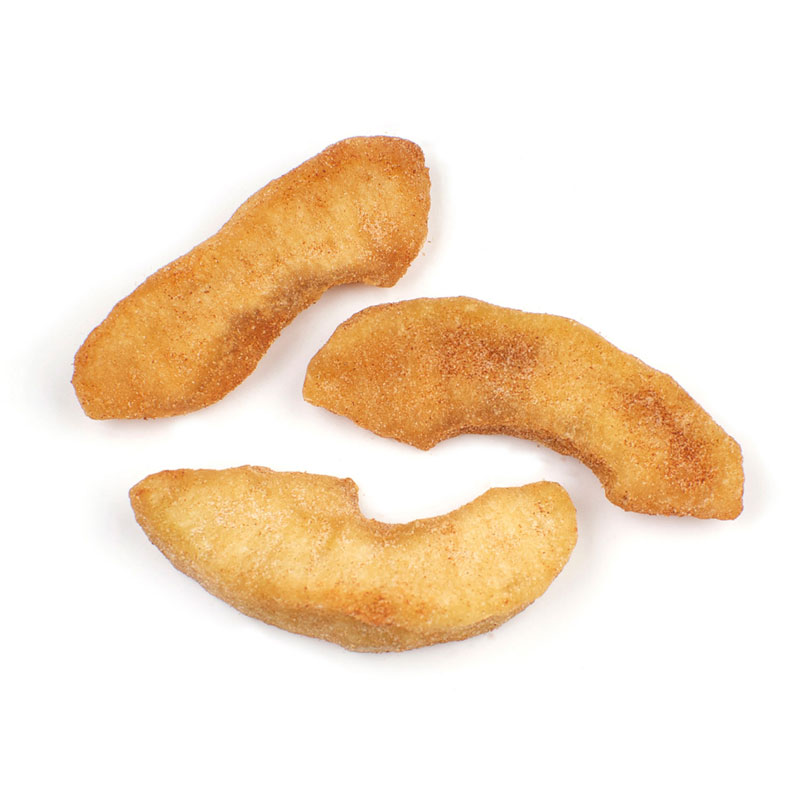 Apple is a sweet, tart, wholesome fruit that pairs classically with sweet, spicy cinnamon. Our Sliced Cinnamon Apples bring plenty of natural apple sweetness with mild tartness, infused with sugar and dried before being coated in rich brown cinnamon and sugar.