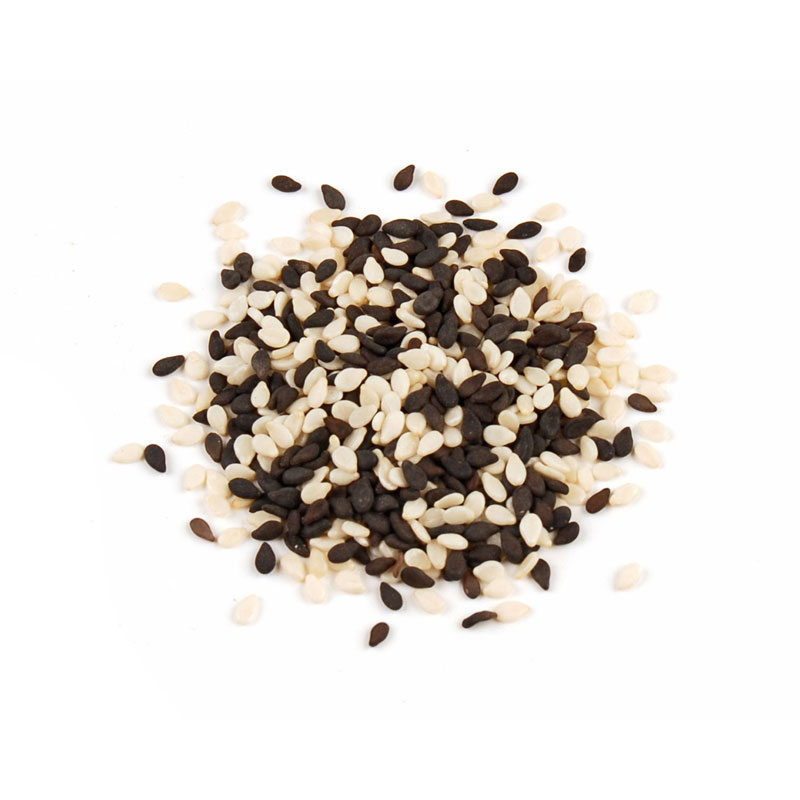 Our Tuxedo Sesame Seed Blend is a striking mix of white and black sesame seeds, which have a mild, nutty, slightly sweet flavor and add a delicate crunch to numerous dishes and baked goods.

Ready to use. Add to taste. To toast, place a skillet over high heat, add the seeds and stir occasionally to avoid burning. When white seeds begin to take on a golden color and they release a toasted nutty fragrance (about 3-5 minutes), remove from skillet immediately.

Sesame Seeds (Sesamum indicum) are the tiny, flat seeds of a flowering plant. These seeds-which are either black or, more commonly, white-grow inside pods, which naturally split open to release the seeds once the pod reaches maturity (hence the phrase, "open sesame").

Sesame has one of the highest oil contents of any seed, with a mild, nutty flavor that deepens with toasting. Sesame Seeds add a delicate crunch to many Asian dishes, and are also the base of the Middle Eastern ingredient tahini (sesame seed paste) and the dessert halvah. Typically Sesame Seeds are pressed into oils or made into pastes to serve as flavoring agents in sauces.

Sesame Seeds are considered one of the oldest oilseed crops, with evidence suggesting they were harvested more then 5,000 years ago in ancient Assyria (modern-day Iraq). However, the wild seed itself originated in sub-Saharan Africa, while the cultivated type came from India. Sesame seeds were brought to the U.S. from Africa in the late 17th century via the slave trade. Slaves referred to the seed as "benne," a name still used in the American South. Today, the largest commercial producers of sesame seeds include India, China and Mexico. 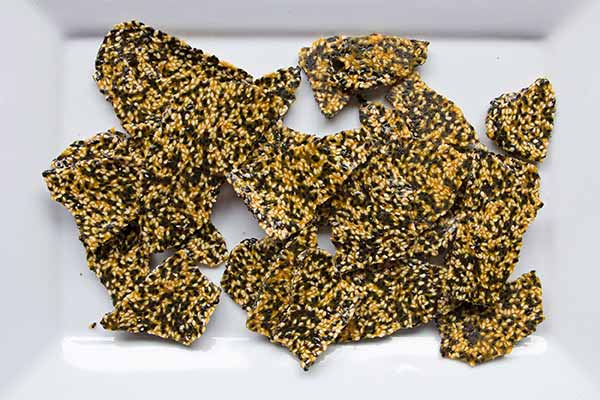