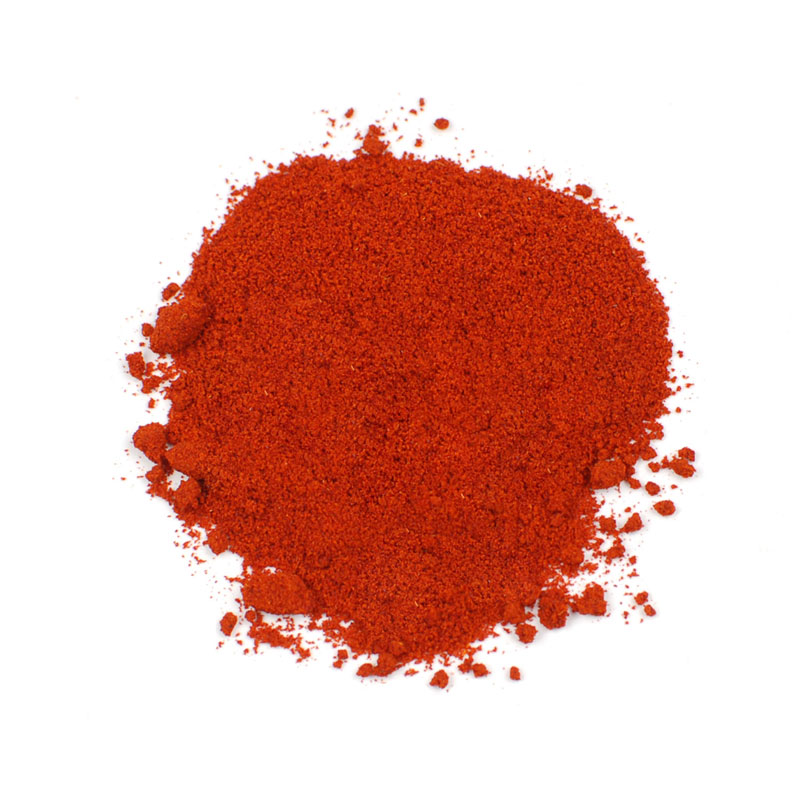 Saffron Powder is the ground, dried stigmas of saffron crocus flowers. Saffron is the most expensive spice in the world because each crocus produces only three stigmas, which are laboriously hand harvested during only three weeks of the year.

Saffron Powder is the ground, dried stigmas of the saffron crocus flower (Crocus sativus). Saffron is the most expensive spice in the world because each blossom produces only three stigmas, which are laboriously hand harvested during the three weeks a year that the flower blooms. It can take up to 1 acre of saffron crocus to produce 1 pound of saffron threads.

Saffron threads range from deep red to bright orange in color and can be up to 1 inch long. The threads have a distinct flavor and aroma, reminiscent of bitter almonds, which is commonly infused into dishes such as paella, risotto, certain Eastern European breads and the French fish soup bouillabaisse. Saffron can also be used as a yellow dye, due to the intensity and concentration of its color. For centuries, saffron's primary use was medicinal, as it was considered a stimulant, an antidote to poisoning, a tonic for dysentery and measles and even an aphrodisiac. Today, however, it is mainly appreciated for its unique flavor and intense color.

Our Saffron Powder, like most of the saffron sold worldwide, comes from Spain. Other areas that produce saffron include Portugal, Italy, France, Turkey, Greece, Iran and India.

Arborio, Carnaroli and Vialone Nano are the 3 basic rices used to make Italian risotto. This classic version is flavored with Saffron Threads which add delicate aroma and the signature color. 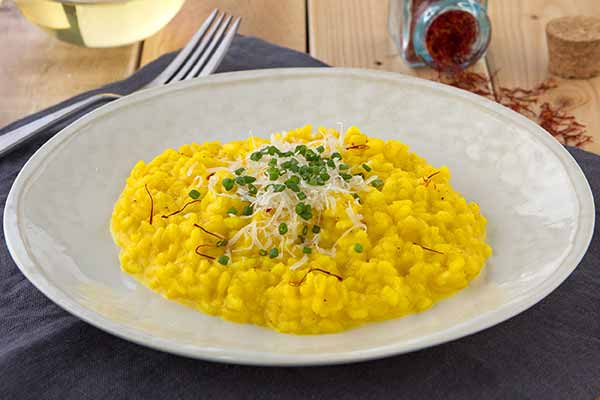