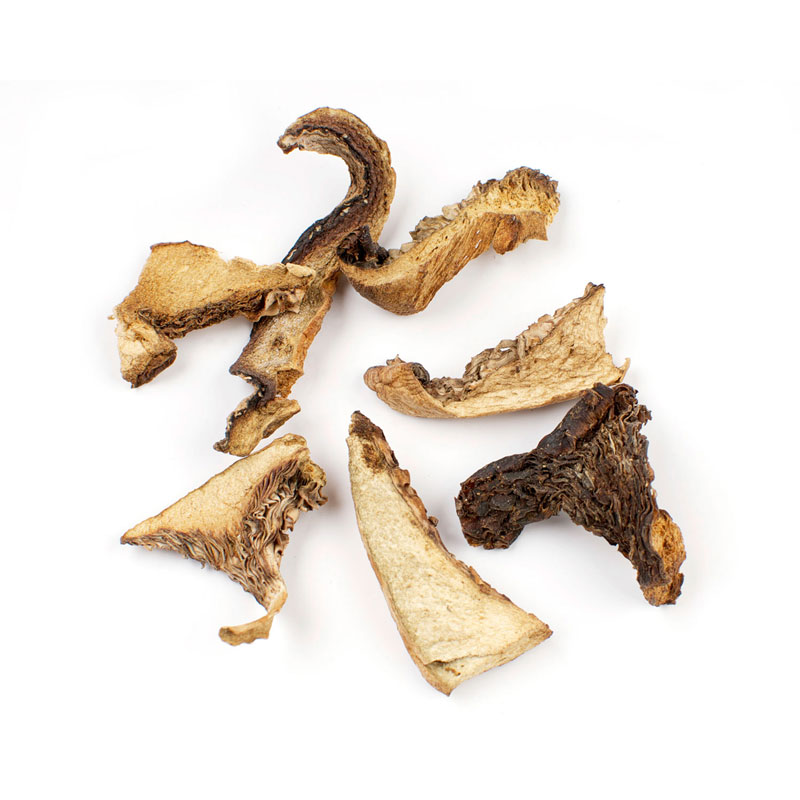 Rinse mushrooms under cold running water to remove any possible debris. To rehydrate prior to use, place desired amount into a bowl and cover with boiling water. Let soak for 10 to 12 minutes, stirring occasionally. Then drain and rinse. Or, rinse and add directly to any recipe that will cook at least 25 minutes. The water in which the mushrooms have soaked is very rich in flavor and can be included in recipes.

Saffron Milk Cap (Lactarius deliciosus), also known as “red pine mushroom,” is an orange-colored species of European wild mushroom. It grows in sandy soil in a symbiotic relationship with the roots of pine trees, and is widely collected—and cultivated—throughout Europe. It’s especially popular in Spain (where it is known as “robellons”) and England. Saffron Milk Cap comes into season in early fall, and is highly valued due to its relatively short seasonal availability and its scarcity.

Saffron Milk Caps have a mild, nutty flavor and a slightly crunchy texture that remains even after cooking. The “milk” in the mushroom’s common name refers to the vivid saffron-colored sap it produces when cut. It is most commonly served sautéed, but rehydrated mushrooms can also be shaved into salads or added to stuffings, stews and pasta dishes, especially those with creamy or buttery sauces, which best complement the mushroom’s mild flavor.

The saffron milk cap mushroom is a foraged autumnal delicacy in the Pyrenées region of Spain, as well as Provence, France, and certain regions of Poland and Russia. This savory tart showcases their rich, earthy flavor atop a light puff pastry crust accented by salty Gorgonzola cheese. 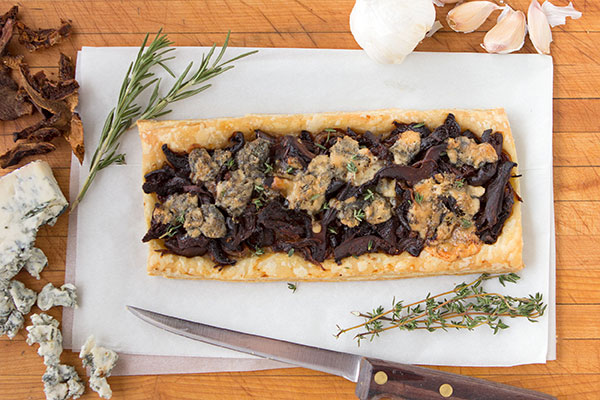