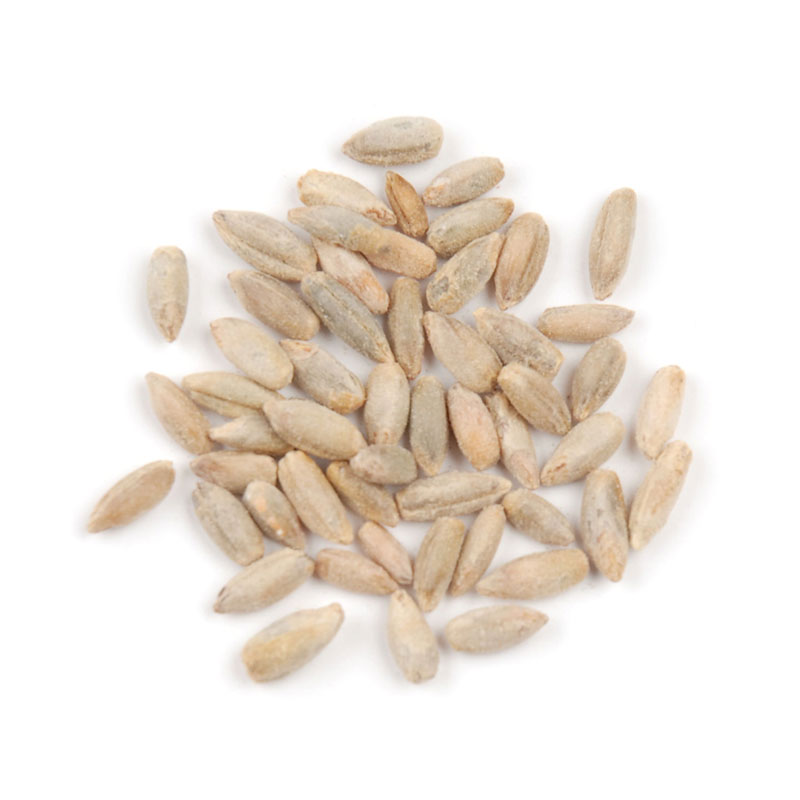 Rye Berries are the whole-grain form of rye with only the hull removed. When cooked, they have a mild, walnut-like flavor and a firm, chewy texture.

Add 1 cup Rye Berries to 4 cups boiling water. Reduce to a simmer and cover. Cook for about for 1 hour. Strain off excess liquid.

Modern cultivated Rye (Secale cereale) is believed to have originated from either Secale montanum, a wild species native to southern Europe and Southwest Asia, or from Secale anatolicum, a wild species found in the Middle East. Rye grew as a weed in wheat and barley fields in Asia before it was recognized as a valuable crop and began to be domesticated in the 4th century B.C.

Rye is a hardy grain that grows more quickly than wheat and can withstand harsh conditions such as flooding, drought and colder temperatures. Rye was sometimes referred to as "the poverty grain" for its ability to withstand poor soil conditions. However, this name also came about from the propensity in Western societies for the nobility to eat wheat bread while the poorer classes ate heavier, but more nutritious, rye bread.

Rye is now a very popular baking grain, especially in Eastern Europe and Scandinavia, where various types of rye flour are used in a range of different styles of bread. While not gluten free, it is lower in gluten than wheat. Rye is also used to make whiskey.

Whole rye berries are often cooked until firm and chewy, and used in salads, soups, stews, pilafs and hot cereal. They also make a delicious alternative to rice.

Rye is rich in dietary fiber. Unlike most grains, rye contains a high level of fiber in its endosperm, not just in its bran, meaning that rye products often have a lower glycemic index, making them especially good for diabetics. The high fiber content also promotes a prolonged feeling of fullness, which can help with weight management. Rye also contains a variety of amino acids, selenium, magnesium, phosphorus and B vitamins.

This simple, German-inspired side dish combines healthy, flavorful Rye Berries with red cabbage cooked in vinegar and sugar, making it a perfect pairing with bratwursts or smoked sausages. 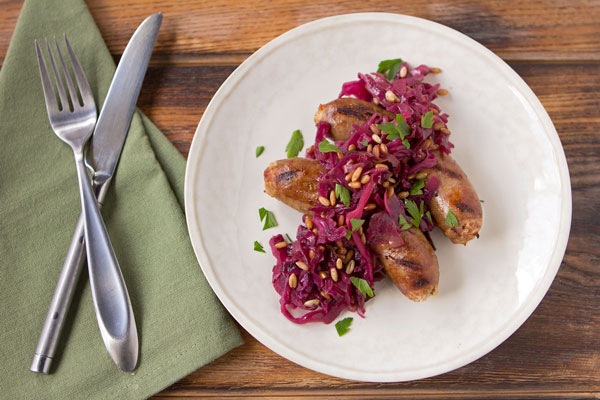