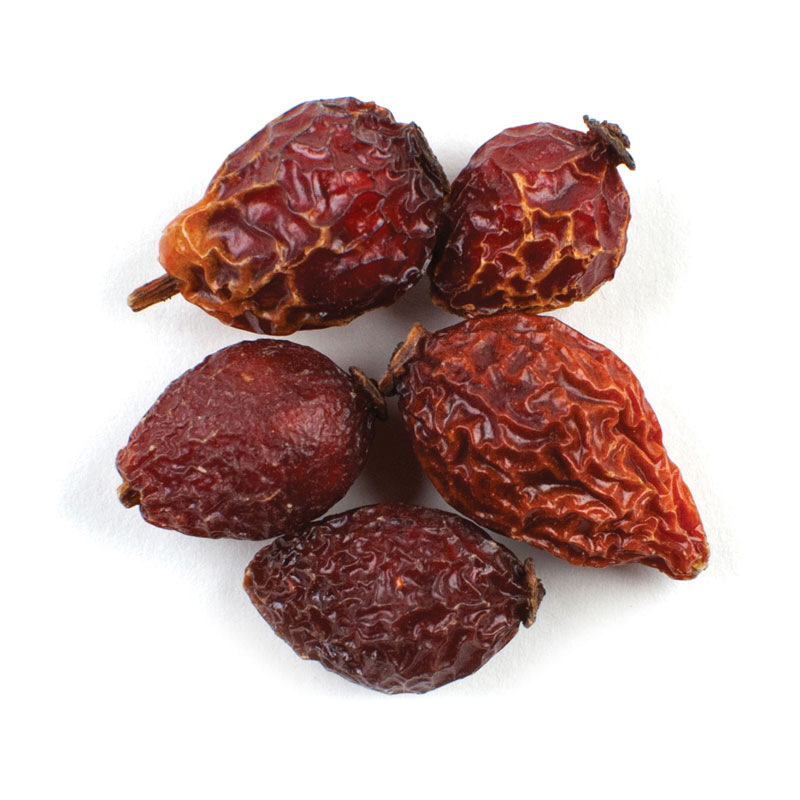 Rose Hips are the fruit of the rose plant that ripen in autumn after the flower has been pollinated. They are often used in sweet applications like jams and jellies. Rose Hips are also used in beverages like teas and wine. Roses are related to apples and crabapples, and their fruits have a unique flavor akin to tart apples or plums.

Rose Hips are the fruit of the rose plant that ripen in autumn after the flower has been pollinated. Once the flower is fertilized, the petals of the rose flower wither and fall away, leaving behind a small edible orange-red fruit containing seeds. The fine hair inside Rose Hips should not be avoided as they can cause digestive irritation as well as itchiness if it is exposed to the skin.

Rose Hips have historically been used for medicinal purposes, typically for stomach issues such as stomach spasms, stomach acid deficiency, ulcers and more. They have also been used for intestinal conditions and a number of other related ailments. Rose Hips are known for their unusually high level of vitamin C as well as their high amount of lycopene, an important antioxidant in the human diet.

During World War II, both American and British governments promoted Rose Hips as a convenient way to get vitamin C into the daily diet. In 1941, the British Ministry of Health even recruited children to gather Rose Hips during the fall, granting them days off from school if they searched for the fruit in the hedgerows.

Rose Hips have a tangy and tart flavor similar to that of cranberries, tart apples and plums. For culinary purposes, Rose Hips are often used in jams and jellies, as well as teas, wines and other beverages. They can also be incorporated into baked goods, chocolate, and in many applications where tart dried fruits play a significant role as an ingredient.

Tart, citrusy rose hips and orange zest combine with warming, aromatic ginger to create a flavored simple syrup that can be used in cocktails, desserts, baked goods and more. 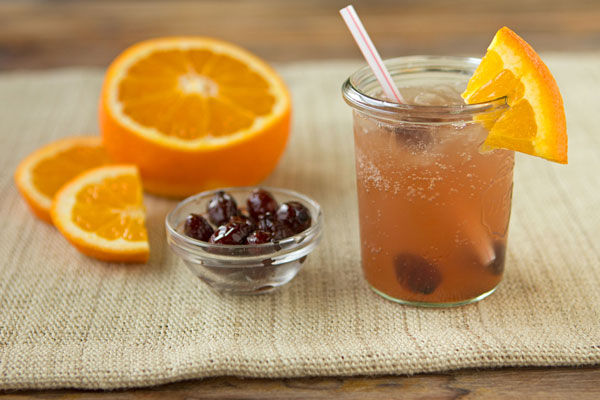