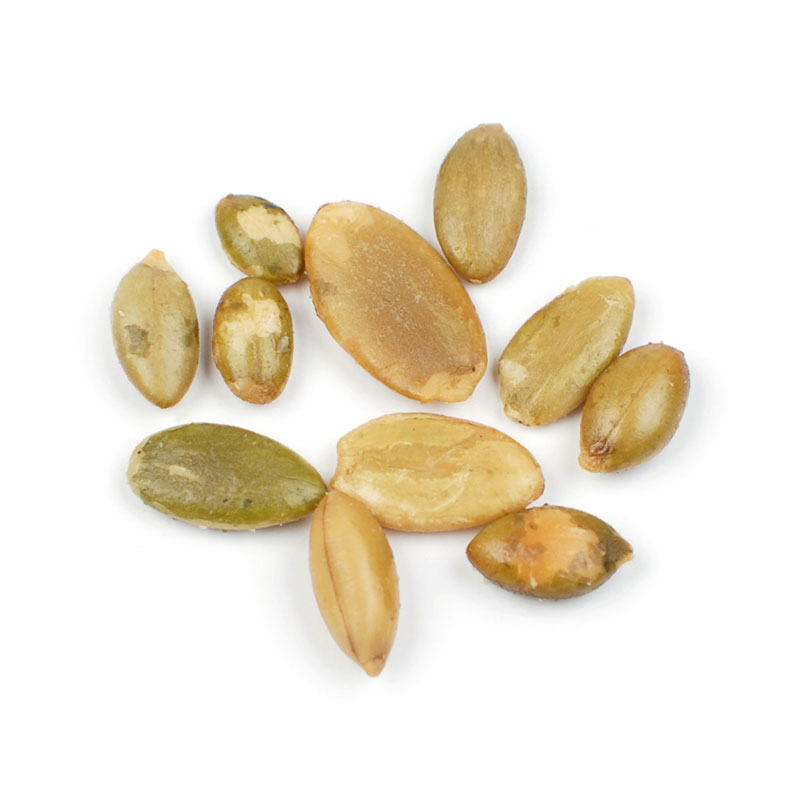 Pumpkin Seed Kernels are the raw, hulled seeds from the pumpkin. Also known as pepitas, these roasted pumpkin seeds are subtly sweet and nutty with a toasty crunch.

Roasted Salted Pumpkin Seed Kernels (also called "Pepitas") are the flat, dark green seeds found inside pumpkins. While available still covered in the off-white husk (frequently misidentified as their "shell"), this version is made by roasting the raw seeds after their husks have been removed to make the most of their smooth, almost creamy texture. After roasting they are salted to make them even more palatable. The word "pepita" is Spanish for "squash's little seed" and is frequently used to refer to these seeds whether or not the husk has been removed.

Alternatives to peanut butter are popular, practical and delicious. This recipe turns a slightly savory turn by incorporating cumin and garlic to our salty and roasted pumpkin seeds. Called pepitas in Spanish these seeds are high in minerals and free of common allergens. Try this spiced butter as a sandwich spread for meats and cheese or spoon it into vegetarian stews as a great thickener. 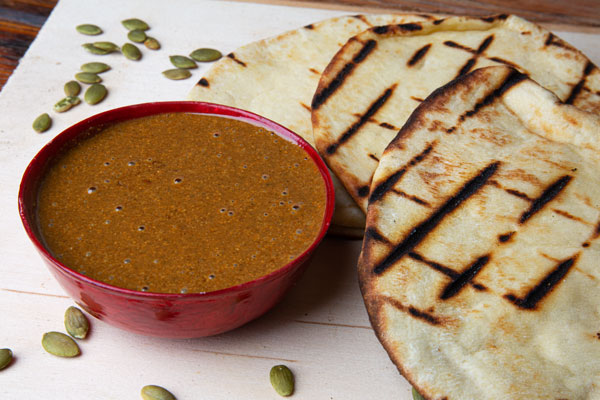