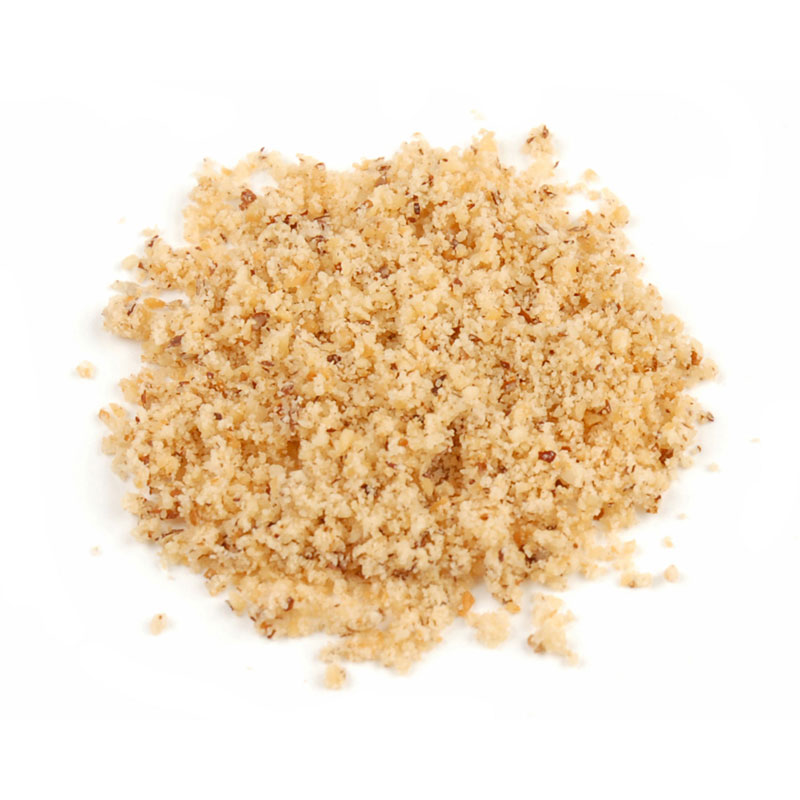 Our Roasted Hazelnut Meal is a creamy tan-colored coarse meal made from the same premium hazelnuts we sell raw. Hazelnuts can be ground into meal for a gluten-free alternative with a sweet, buttery nut flavor.

Ready to use. Add as desired.

Hazelnuts, also called "cobs," "cobnuts," or "filberts" (and called "noisette" by the French and "nocciola" by the Italians) are the seeds of the hazel tree. Most widely cultivated varieties of hazel trees grown for their nuts trace their lineage to Corylus avellana, which was selectively bred in Britain from a wild hazel tree native either to that island or possibly imported to it in the prehistorical era. Cultivation of hazelnuts goes back for many centuries across several cultures in Europe and the Mediterranean, with evidence going all the way back to the cultures which predated the Roman and empire. Hazelnuts are one of the few nuts which can be eaten while "green" or fresh from the trees (pine nuts are another), which may have made them an attractive food source to pretechnological societies.

Hazelnuts grow in groups of up to 4 nuts on the hazel trees. Each nut's shell is in turn covered by a fibrous husk (called the "cob") which is itself useful as an industrial fiber. Perhaps more important to the early cultivators of hazelnuts, the husk naturally splits and falls off the nuts within a few days of harvesting. The shells are easily removed by any of the expected methods of cracking and picking.

In modern times hazelnuts are sold in both shell-on and shelled forms, with the shelled varieties tending to stay fresh longer than other shelled nuts. When lightly toasted the brown paper skin which separates the mild, buttery nutmeat from the shell begins to become loose and peel away. Classically hazelnuts are served either with the skin on or after being roasted and then rubbed free of their skins.

Hazelnuts are a good source of healthy, monounsaturated fats, protein, carbohydrates as well as a dietary fiber. They are gaining recognition as a source of antioxidant phenolic compounds and other phytonutrients.

Since hazelnuts have been cultivated for so long by so many cultures, there are a number of truly classic dishes which use them. In Turkey they are a key ingredient in "loukoum" (commonly called "Turkish delight" in English), a sugary confectionary traditionally studded with hazelnuts. In the southern Spanish city of Tarragona hazelnuts are a key ingredient in "salsa romesco," while across the Alps in the Italian city of Torino hazelnuts are used in "torrone," a style of nougat prominently featuring large chunks or even whole hazelnuts. Hazelnut oil is also a popular cooking oil, due to its widespread availability, relatively affordable price and mild flavor.

Hazelnut's distinctively sweet, buttery nut flavor has become a popular flavor to include in coffee drinks, liquor, spreads and desserts.

Our Roasted Hazelnut Meal is made from whole hazelnuts roasted in their brown papery skins to bring out the best of their flavors and aromas. Once roasted the hazelnuts are then ground into a coarse meal which is ready for use in recipes. 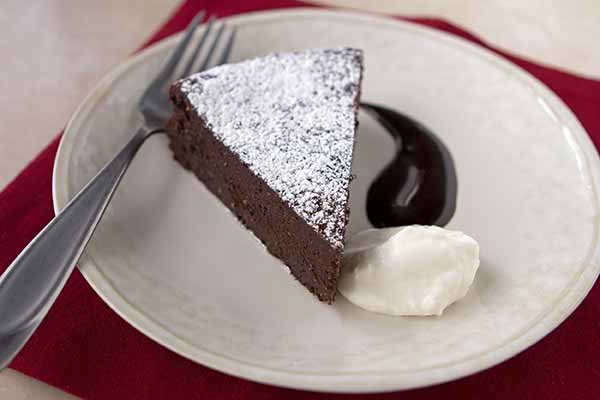