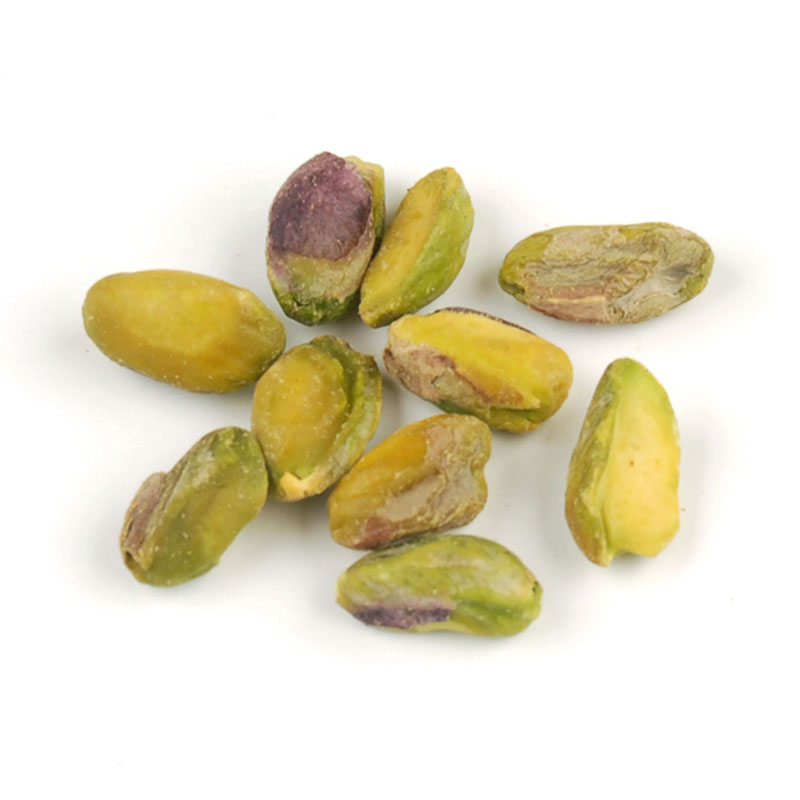 Pistachios are popular for their delicate, buttery flavor and soft crunch. The green and tan pistachio nut can substitute for pine nuts or cashews in a variety of applications. We source hulled, shelled, unsalted raw pistachios with unique mild nutty flavor for our Raw Shelled Pistachios.

Ready to use. Place nuts in large frying pan over medium flame to toast, stirring constantly until nuts turn golden brown, about 2 minutes.

The pistachio (Pistacia vera), is a member of the cashew family. Although commonly identified as a nut, pistachios are actually the seed of the flowering pistachio tree. Pistachios have been cultivated for at least 9,000 years, originating in the Middle East and expanding in popularity with the rise of Islam. They were brought to the Roman Empire in the first century via trade routes from Syria and are one of only two nuts mentioned in the Bible.

Pistachios trees are hardy, preferring arid climates with plenty of sun. Trees average 20 feet in height and are generally planted in orchards. Seeds are encased in a sticky husk, which is removed before the nuts are dried. Pistachio nuts are green and tan in color and surrounded by a smooth, blonde-colored shell. Iran, the U.S., and Turkey produce the most pistachios worldwide, but they are commonly grown throughout the Mediterranean, Middle East, and North America.

Pistachios are relatively low in fat and calories compared to other snack nuts. A recent study found that a daily diet which included 2 to 3 ounces of pistachios was found to reduce blood lipid levels. Also, among nuts, pistachios offer some of the highest levels of phytosterols, a plant sterol thought to reduce cholesterol absorption from other foods. Pistachios are also high in fiber and rich in calcium, thiamin, iron, phosphorus and vitamin A.

Our shelled, husked, unsalted chopped pistachios allow for a variety of preparations, from ice cream to traditional Italian pesto and more.

Raw shelled pistachios produce a remarkable base for creating the real, authentic feel and taste of creamy, rich gelato. Some culinary chemistry is involved, so follow the steps carefully, measure the ingredients with precision and the rewards will be great. 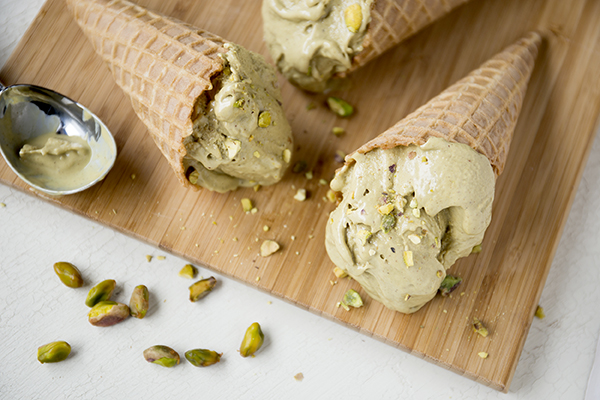