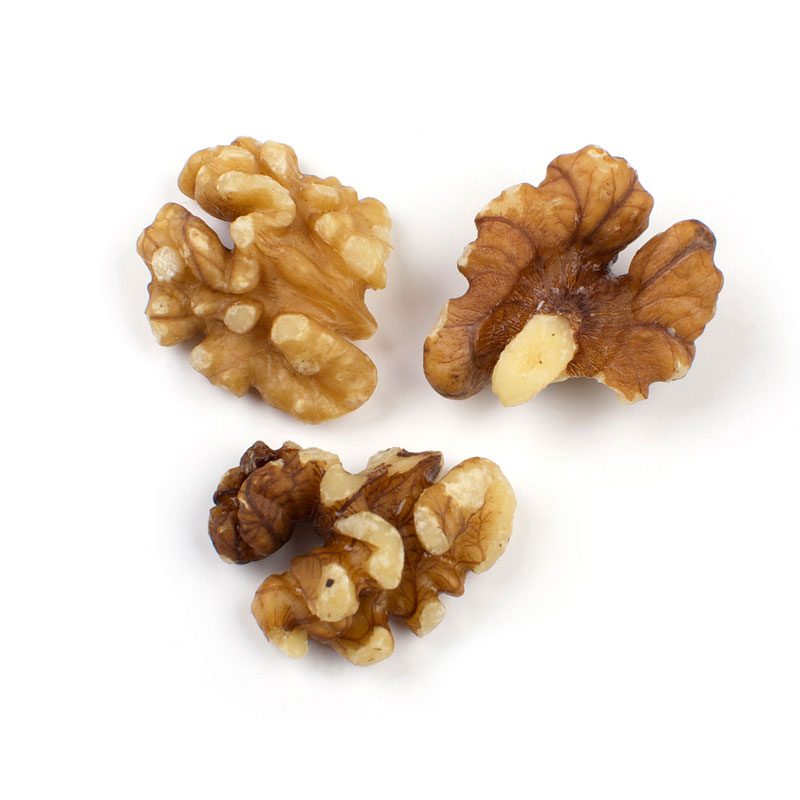 Add wholesome English Walnuts to any meal and add extra nutrition, flavor and crunch. Walnuts not only taste great, but rank high in antioxidants, protein and fiber.

English Walnuts (sometimes called "Persian Walnuts") are the seeds found in the round, soft fruit of the walnut tree (Juglans regia). What we now know as the English Walnut most likely originated in western Asia in what was once the Persian Empire. Walnut cultivation was encouraged by the Romans who introduced it across Europe in the days of the Roman Empire. Descendants of these trees continue to grow wild across much of Europe and were even transported and transplanted in North America. The word "walnut" is commonly considered a deviation from the Old English word "wealhhnutu," meaning "foreign nut," the language and word the native peoples of Europe might have used to describe a nut tree brought to their lands by the Roman conquerors.

Much of the current commercial production of walnuts in the United States is focused in California. Notable walnut cultivars and hybrids were developed there by Luther Burbank, a leader in commercial plant hybridization who may be most famous for having developed the Burbank russet potato.

Walnuts grow inside a hard shell surrounded by a fleshy husk which is removed after harvest. Walnuts are marketed either in the shell or with the shells removed (as these are). These Raw English Walnuts are offered just as they are when they are removed from their shells. The have a soft crunch which can be enhanced with a light toasting or a gentle roasting, which will also bring out their inherent aroma. They have a rich brown exterior and a pale interior. Walnuts, as many nuts, are a good source of protein and dietary fiber. They are also a key source of polyunsaturated fatty acids and antioxidants.

This nutty treat showcases the singular, unctuous crunch of English Walnuts, which are spiked with bourbon and sweetened with a mixture of white and brown sugars and maple syrup. English Walnuts become super fragrant and sweeter when toasted golden brown. 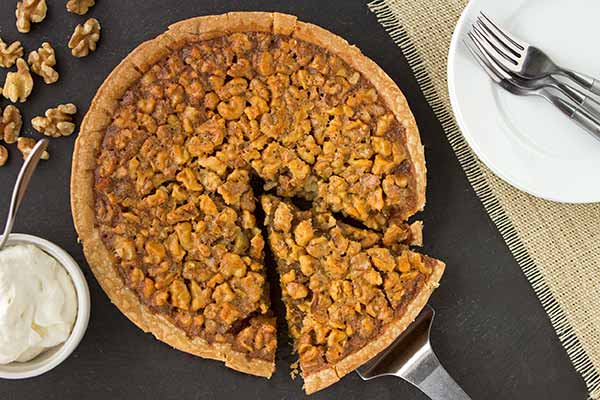