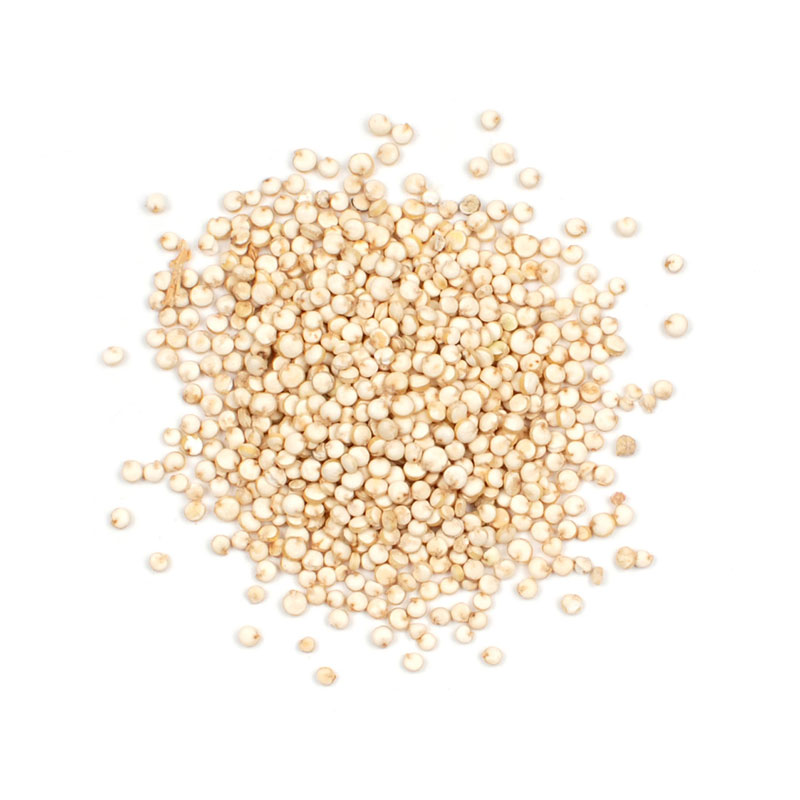 We source high-quality Quinoa from regions where it has been grown for thousands of years. Renowned worldwide for its taste and nutrition, it is a versatile, naturally gluten-free grain with a unique texture and mild, nutty flavor.

Bring 2 cups water a boil. Add 1 cup quinoa, reduce heat to low and simmer for 15 minutes. The grain will pop and the outside germ will separate into a curly tail. Drain excess water and spread on a sheet pan to cool or use immediately.

Quinoa (Chenopodium quinoa) is a grain-like seed which is a member of the Amaranth family of flowering plants (Amaranthaceae). It is native to the Andean region of South America, where it was a staple crop for the Inca, Aymara and other pre-Columbian peoples. The Quechua name for quinoa translates to "mother grain" or "super grain," due to its superior nutrition. Legend has it that the Incan emperor would plant the first quinoa seeds each year in a solemn annual ceremony—such was its importance to the Incan people. Quinoa is considered an ancient grain because it has not been altered for large-scale agriculture, and is the same variety grown for thousands of years.

Quinoa has become popular in the U.S. and around the world, not only due to its impressive nutritional profile but also its unique, delicate texture and flavor. When cooked, the thin germ that encircles the grain partially detaches from the seed and remains slightly crunchy, while the seed itself, pearly and translucent, becomes soft and fluffy. Quinoa has a slightly nutty flavor and is a good substitute for rice, couscous or bulgur in many dishes. It can also be ground into a flour for use in baking.

Quinoa comes in a range of colors. The most well-known variety is white, but red and black varieties are increasingly popular. Compared to white quinoa, the red variety holds its shape slightly better after cooking, while black quinoa has a slightly earthier and sweeter flavor. Our quinoa has its natural, bitter-tasting saponin coating removed for quinoa that is ready to cook without rinsing.

Quinoa is an ancient grain considered to be one of the original "superfoods". High protein values, nutty flavor and chewy crunch play off of smoky, sweet peaches and toasted almonds. 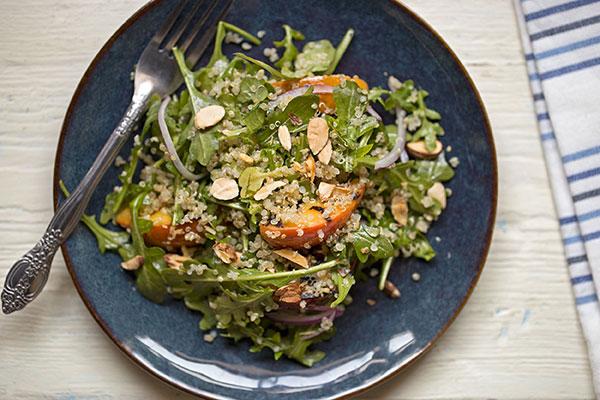