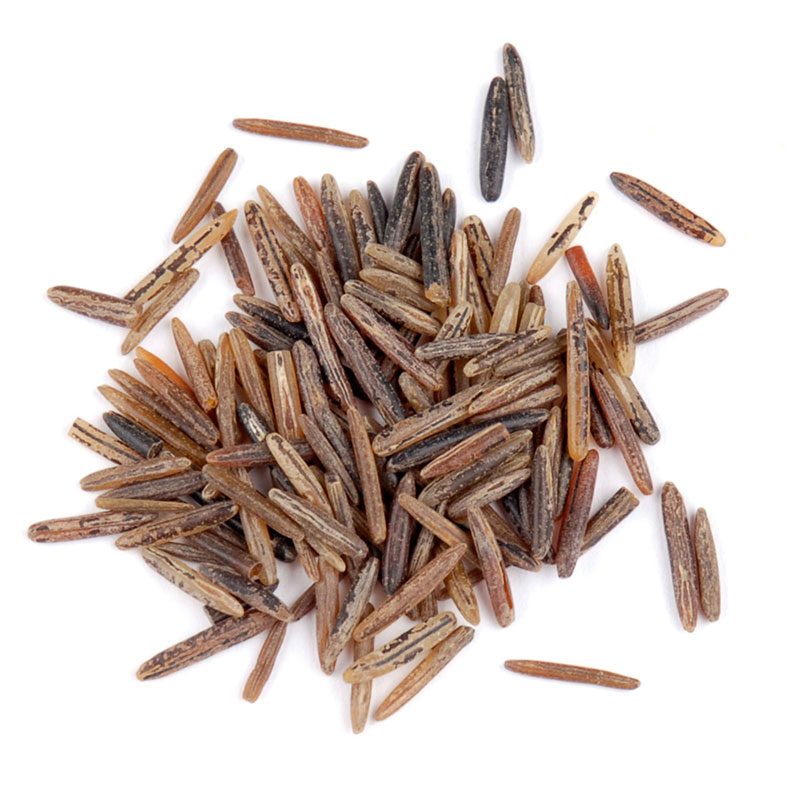 Wild Rice is a highly prized, nutritious natural relative of white rice, harvested from an aquatic grass that grows in isolated lakes and river beds around North America. We procure wildly grown, expertly harvested wild rice and partially cook it prior to packaging for our Quick Cook Wild Rice.

Bring one cup water and 1/2 teaspoon salt to a boil. Add one cup Quick Cook Wild Rice and cover. Reduce heat to low, simmer for 15 minutes. Rice will be chewy. For a more tender rice, add 1/4 cup extra water and simmer an additional 5 minutes. Remove from heat and fluff with a fork before serving.

Wild Rice was historically grown in North America and China from an aquatic grass. Wild Rice was a sacred food and vital source of nutrition to Native American cultures.

Wild Rice became wildly cultivated in the U.S. and Canada in the 20th Century for its exceptional nutritional content, dark obsidian color and wonderful earthy flavor. It is a good source of fiber, lysine and is second only to oats in amount of protein per calories of grain.

We partially precook the same premium grains of all-natural wild rice to greatly reduce the amount of time needed to cook our Quick Cook Wild Rice to a fluffy yet firm texture.

This hearty, sweet-yet-savory wild rice salad makes for a delicious side dish. Cinnamon-infused fruits give the salad an unexpected flavor, while pecans lend a pleasing crunch. 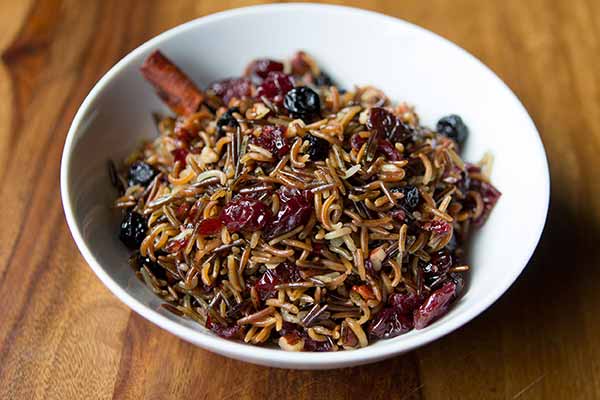