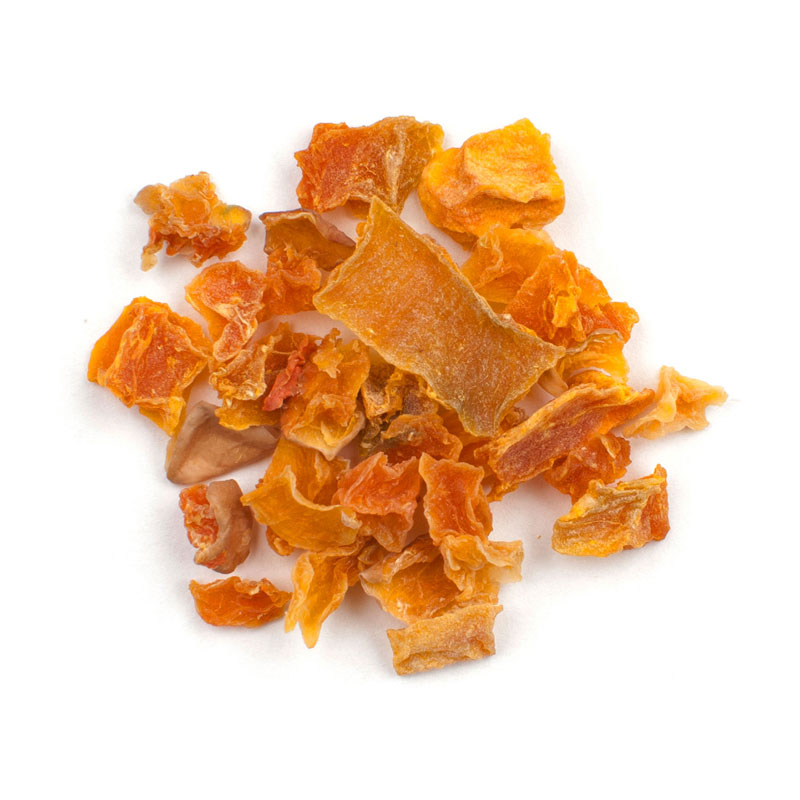 Diced Pumpkin 3/8 is an ideal ingredient when fresh pumpkin is out of season. These pieces of pumpkin are easy to rehydrate after soaking in water to incorporate into dishes like soup, rice, winter stew and baked goods.

Ready to use. To rehydrate, soak 2 cups of warm water per 1 cup Dried Diced Pumpkin for 30 minutes. Drain excess water and use.

The name pumpkin refers to a type of fruit under the squash family, mostly commonly of Cucurbita pepo, the popular round orange variety with smooth ribbed skin. Pumpkin is used not only for its culinary capabilities, but it is also used in recreational activities such as decoration when they are carved into jack o'lanterns and other decorations. Pumpkin pie is a traditional dessert served at Thanksgiving in the United States.

The color of pumpkin is mainly derived from orange pigments, which are rich in lutein, and alpha and beta carotene, which are a significant source of vitamin A. Its name is derived from the word pepon, which is Greek for "large melon." The French transformed the word into pompon, the British to pumpion, and American colonists morphed the word into the modern "pumpkin."

Pumpkin is a highly popular crop in the United States, with top producers being California, Ohio, Pennsylvania, Indiana and Illinois.

Because most parts of the pumpkin are edible, it is a flexible ingredient in the kitchen, and can be used in the same way as most squash. Our Diced Pumpkin 3/8" is a convenient ingredient that can be used in dishes without adding to moisture content. It works well in soups, stews and baked goods, adding an appealing orange color with the mildly sweet flavor of squash.

This one-pot chowder combines brightly-colored pumpkin, carrot, celery and onion with hearty turkey and fragrant herbs to create a rich, comforting soup in under an hour. 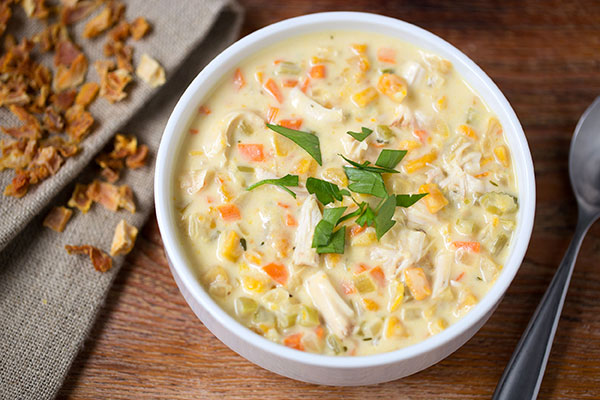