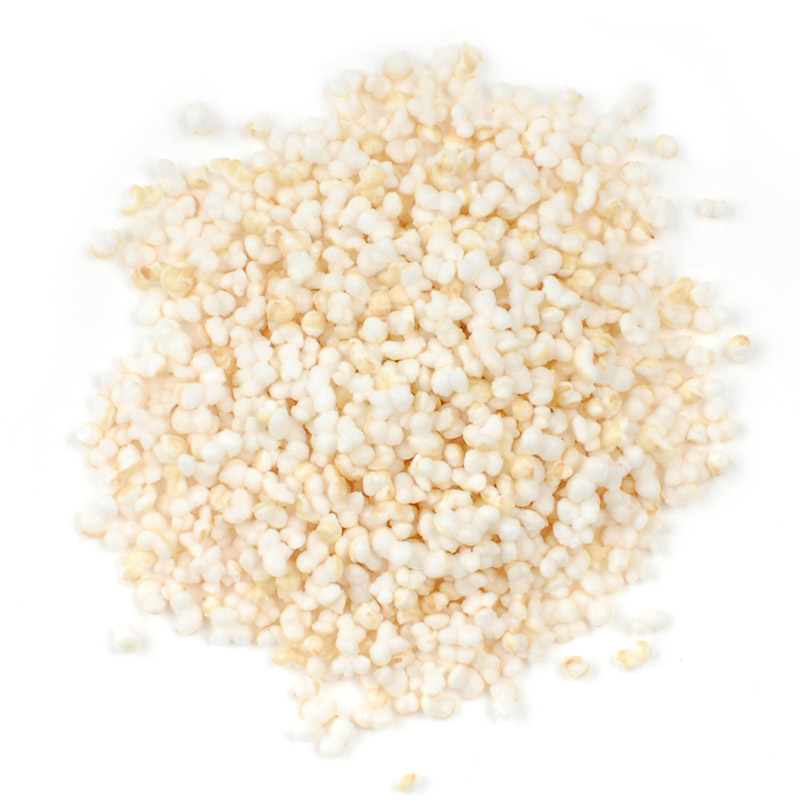 Amaranth, also known as "kiwicha," is a tiny, ancient grain-like seed, dense in nutrients and high in protein. To make our Puffed Amaranth, we heat tiny seeds of amaranth until they "puff," increasing their volume and creating a light, crunchy, popped version with a toasty, nutty flavor.

Amaranth, also known as "kiwicha," is a tiny, grain-like seed that dates back nearly 8,000 years. It was widely farmed in ancient Mexico, Guatemala and Peru, where it was a dietary staple in the ancient Aztec and Inca civilizations. It is still cultivated in these countries today, and is also grown in India, China, Nepal and parts of Africa.

Many species of amaranth exist, some of which produce abundant, beautiful flowers. The plants are valued for their ornamental properties as well as their edible leaves and seeds. The plant prefers high elevations, but is very adaptive and can thrive at almost any elevation and any temperate climate, as long as soil does not get too waterlogged. It even grows in sub-Saharan Africa.

In addition to being valued as a food in the Aztec civilization, amaranth was also believed to have supernatural powers. As such, it was often incorporated into religious ceremonies. When Spanish explorer Hernando Cortez and his crew arrived in the New World in the 16th century, they set about converting the Aztecs to Christianity. One tactic was to outlaw foods such as amaranth that were part of Aztec religious ceremonies and to mete out severe punishments to anyone growing or possessing the seed. Luckily, however, they failed to completely eradicate the crop.

Amaranth packs a significant nutritional punch. Boasting 13 to 14% protein, amaranth is a great addition to vegan diets where protein sources are all plant-based. It is a complete protein source, as it contains lysine along with the other essential amino acids. It is also high in iron, magnesium, phosphorus and potassium and contains more than three times the average amount of calcium usually found in grains. Amaranth is also the only grain known to contain vitamin C. Amaranth is also suitable for those following a gluten-free diet.

Amaranth has a fresh corn-like aroma and lends itself well to rice and potato-based recipes. When boiled in water, it has a porridge-like consistency and makes a great hot breakfast cereal. It can also be baked into breads and other baked goods or popped and used to add a nutritional punch to snack bars, cookies and candies. Popped amaranth also makes a unique and delicious garnish for vegetable dishes. In Mexico, Dia de los Muertos (Day of the Dead) celebrations often feature candies made from popped amaranth and honey, formed into the shape of skulls.

Amaranth kernels can be puffed because their hard hulls seal moisture in dense, starchy interiors. When heated and pressurized, the moisture causes a small explosion, breaking the hull and puffing the interior starch out to increase its volume

Like corn, quinoa and several other grains, when exposed to high heat, Amaranth has the ability to pop, or puff, into a light, crispy grain perfect for a number of baking and candy-making applications. Amaranth, a naturally gluten-free ancient grain, is high in protein and fiber, and contains twice the iron found in wheat. 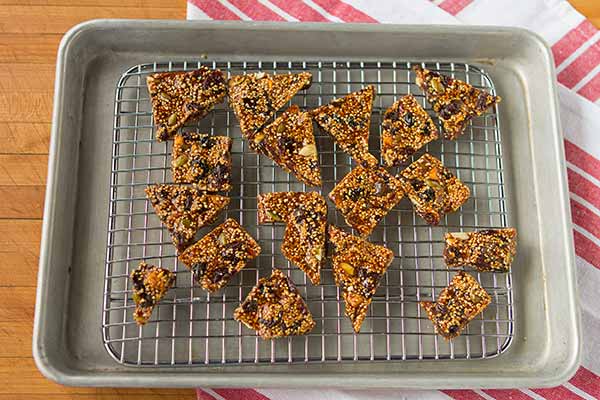