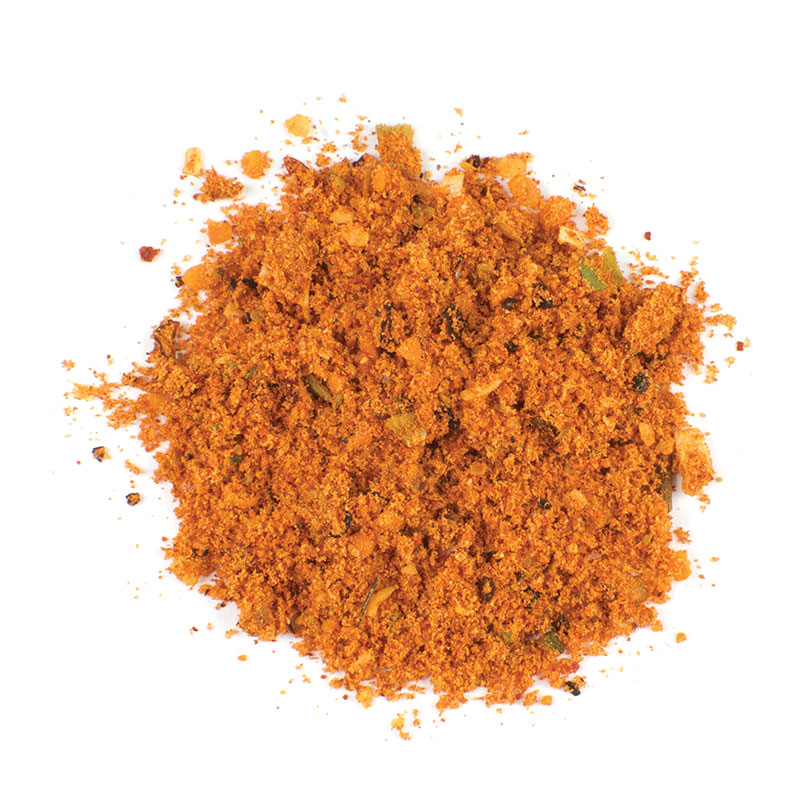 Stir together ½ cup sauce starter with ½ cup warm water and let stand for 5 minutes to “bloom” the dry ingredients.

Serve immediately or let flavors develop in the refrigerator and serve within 48 hours.

Can be served cold or at room temperature.

Optionally add ½ cups olive oil to the sauce starter paste and blend in a mini food processor or with a hand held stick blender until smooth.

Both Piri Piri sauce and the chile are a Portuguese interpretation of the Swahili word for pepper. Known variously as Pili Pili and Peri Peri, the sauce is popular in Portugal, South Africa and Australia, but also in Angola, Namibia and Mozambique. The sauce’s popularity in Southern Africa is a reflection of its creation there, the result of Portuguese colonization.

Although recipes vary between regions and countries, the sauce commonly contains crushed hot chile peppers (often bird’s eye chiles) , citrus peel, oil, red bell pepper and onions. Piri Piri sauce is often used as a hot sauce or in place of common hot sauces, such as Tabasco or Sriracha. It is frequently used as a marinade, but can also be used as a glaze or a condiment.

Portuguese Piri Piri is sweet, smoky and addictively spicy. This recipe uses our Piri Piri Sauce Starter as a marinade and extra sauce. 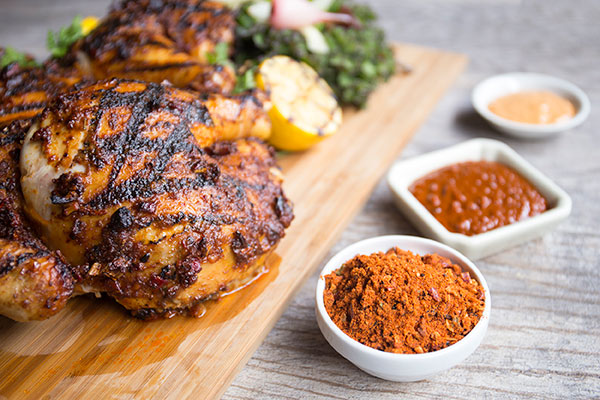