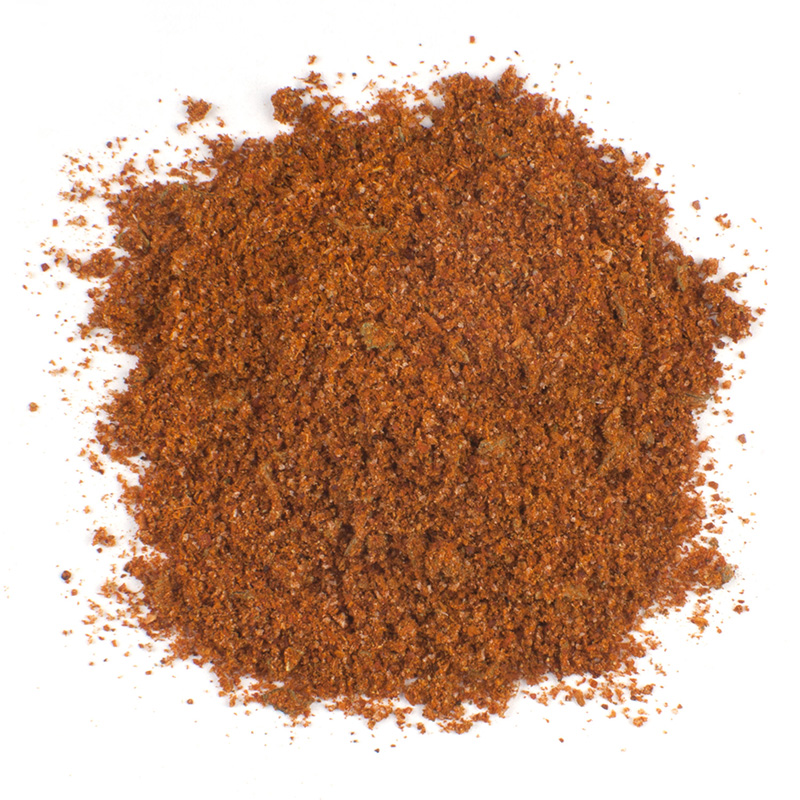 Our Peruvian Spice Blend is a robust seasoning that balances the bright, spicy flavors of authentic Peruvian cuisine.

Ready to use. Add to taste

Our Peruvian Spice Blend is a well-balanced blend of aromatic seasonings developed by our Culinary Department to highlight the bright, authentic flavors of Peruvian cuisine.

The history of Peruvian cuisine reflects the long history of assimilation of the influences on Peruvian culture. Once part of the mighty Incan Empire, Peru has seen waves of immigration and influence from European, African and Asian cultures going back hundreds of years.

From a culinary perspective, this makes for one of the most diverse, widely influenced fusion cuisines. Peruvian cuisine is, as are many indigenous cuisines, highly influenced by the geographical regions of the country. There are three main regions in Peruvian cuisine. These include the coastal plains (where fish and seafood are a foundation), the Andean highlands (which is based on meats, potatoes, corn and grains like quinoa), and the jungle regions (the cuisine of which is largely plant-based and features fruits, yucca, other plants as well as freshwater fish from lakes and rivers). These cuisines were later deeply influenced by European settlers from Spain, Portugal and Italy, and by Africans brought by the Europeans to perform agricultural labor. More recently, the 20th Century saw Peru and other South American countries

Our Peruvian Spice Blend balances the flavorful, mildly spicy chiles from native cuisines with herbs and spices associated with European influences. To create this unique blend, we use real aji amarillo and aji panca chiles, two of the most widely used chile varieties in Peru. This spice blend is a robust combination of bright chile flavors, citrusy notes and herbal aromas.

Peruvian ceviche is typically marinated in a blend of citrus juice, various aji chiles and red onion. This marinade is so intensely flavored it has a name of its own (leche de tigré, or “tiger’s milk”) and is frequently served as a hangover cure. This classic recipe uses our Peruvian Spice Blend to season a typical combination of fish, corn and sweet potatoes and is garnished in true Peruvian fashion with Cancha Serrana, oil-roasted heritage corn kernels. 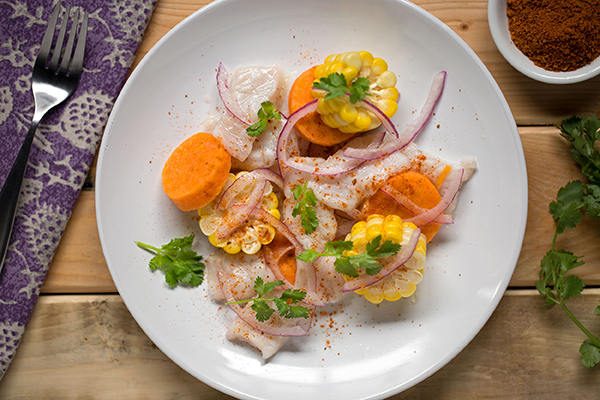