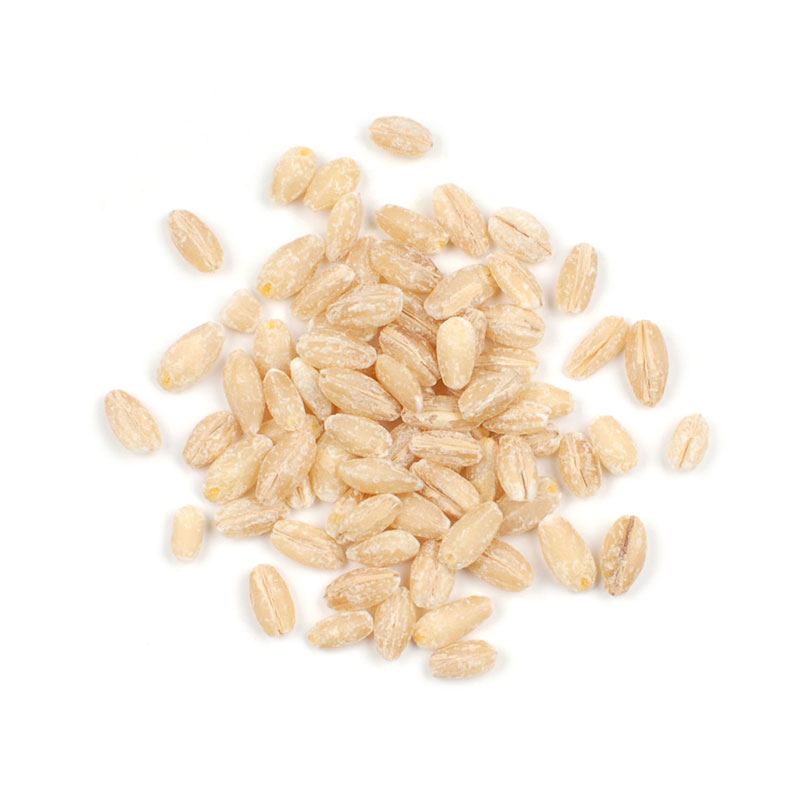 This is the most common form of barley. The term "pearled" means the outer husk and bran layers have been partially removed, leaving only a small white pearl, which reduces cooking time.

Add 1 cup of barley to 3 cups of boiling water. Simmer covered for 40 minutes or until liquid is absorbed. Drain any excess liquid.

Barley (Hordeum vulgare) is one of the oldest domesticated crops, with evidence of cultivation by ancient residents of the Fertile Crescent in Iran going back nearly 10,000 years. Along with emmer wheat, barley was a staple crop in ancient Egypt, used to make both bread and one of the first alcoholic drinks developed by humans, beer.

Believe it or not, barley was the basis for the system of measurement developed in England and still used in the US today. An inch was defined as the length of three to four barleycorns set end-to-end (although by the 19th century standard inch measurements had superceded this folk measurement system).

Today, barley is the world's third most important cereal crop after wheat, rice and corn. It can be produced in different climates and is relatively drought-resistant, but it grows best in temperate areas. It is produced mainly in the United States, Canada, Germany, Russia, Ukraine and Australia.

Like most other cereal crops, barley is a member of the grass family, bearing seeds (the grains themselves) with tough, inedible hulls. The term "pearled" means that the bran and hull of the grain have been removed, leaving only a small white pearl of endosperm. However, unlike rice and wheat in which most of the fiber content is contained in the bran, barley contains fiber throughout its grain, meaning that even Pearled Barley has a considerable fiber content. Pearled Barley is low in fat and cholesterol-free, high in carbohydrates, and has a moderate amount of protein.

Pearled Barley has a nutty flavor and soft, chewy texture. It is great in soups and stews, makes delicious pilafs and can also be cooked as a satiating hot breakfast cereal.

The way barley is used has changed over the years, with human food no longer being its primary end use. It is widely grown to produce malt, a key ingredient in beer production. In fact, 44% of the US barley crop is used for malt production. Approximately 51% of the crop is used for animal feed. That leaves 3% grown for seed and only 2% for human food consumption.

This simple recipe for classic, comforting beef and barley soup highlights the nutty chew of our Pearled Barley alongside our flavorful Northwoods Mushroom Blend. 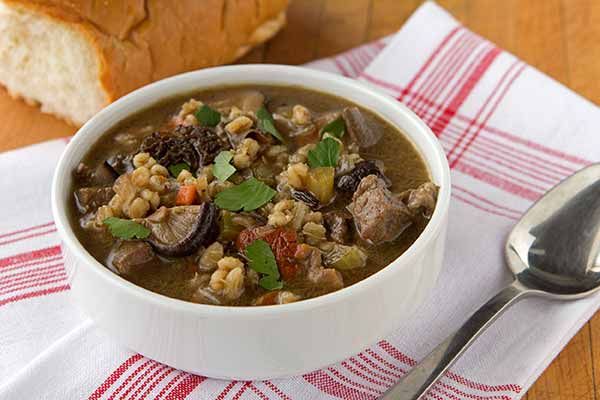