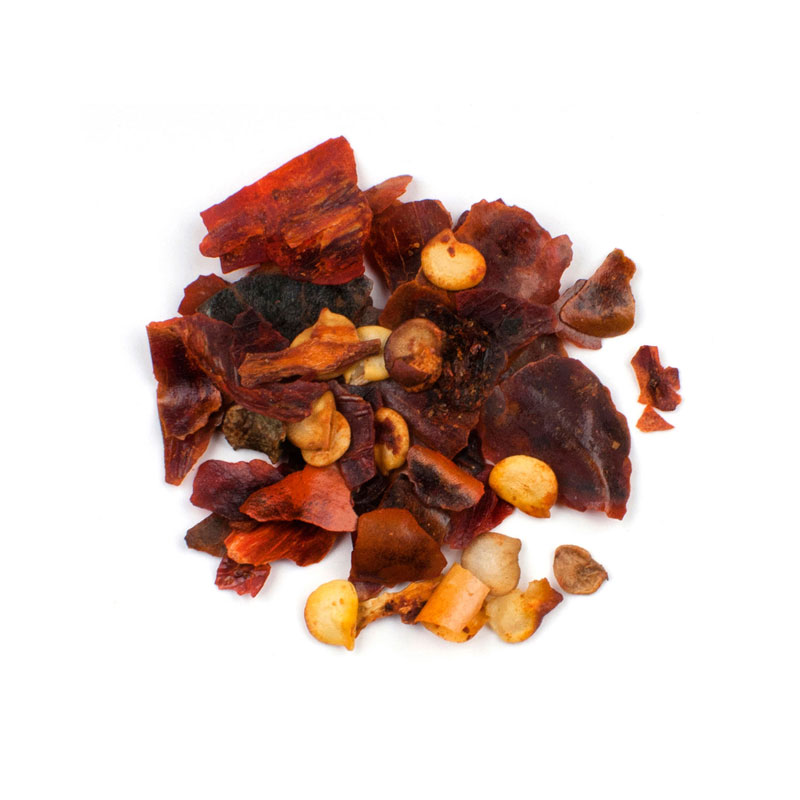 Red New Mexico Chiles are highly coveted for their complex flavor and subtle heat that has been carefully cultivated for the past century in the Rio Grande region of New Mexico. These flaked pieces of the long, thin-fleshed, fully ripened pods emit an earthy flavor with undertones of cherry that complements a recipe without killing it with spice.

For maximum flavor dry toast chiles in a hot skillet until fragrant or in a 350° oven until puffy and fragrant. Rinse and soak in hot water for 10 minutes to rehydrate or add directly to recipe that will cool at least 10 minutes.

With their stereotypical shape (spoon-shaped elongated pods), New Mexico Chiles are often used for stringing "ristras," an arrangement for drying pepper pods by threading them onto a long string. While decorative, ristras originated as an efficient way to dry fresh chiles for later use.

In the Native American mythology of the Southwest, squash, corn and beans are known as the “three sisters.” This vegan stew celebrates the three sisters legend, owing its spicy heat to our New Mexico Chile Flakes, which are ubiquitous in the Southwest. 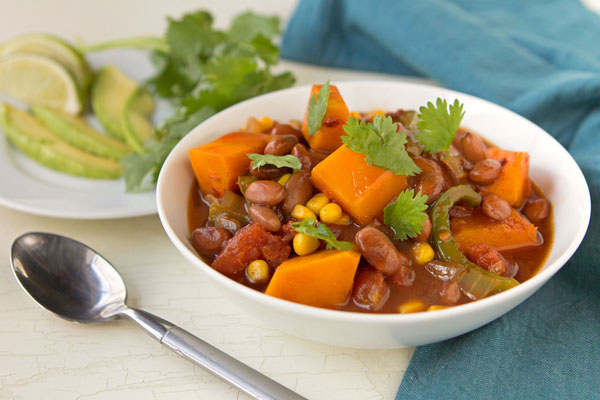