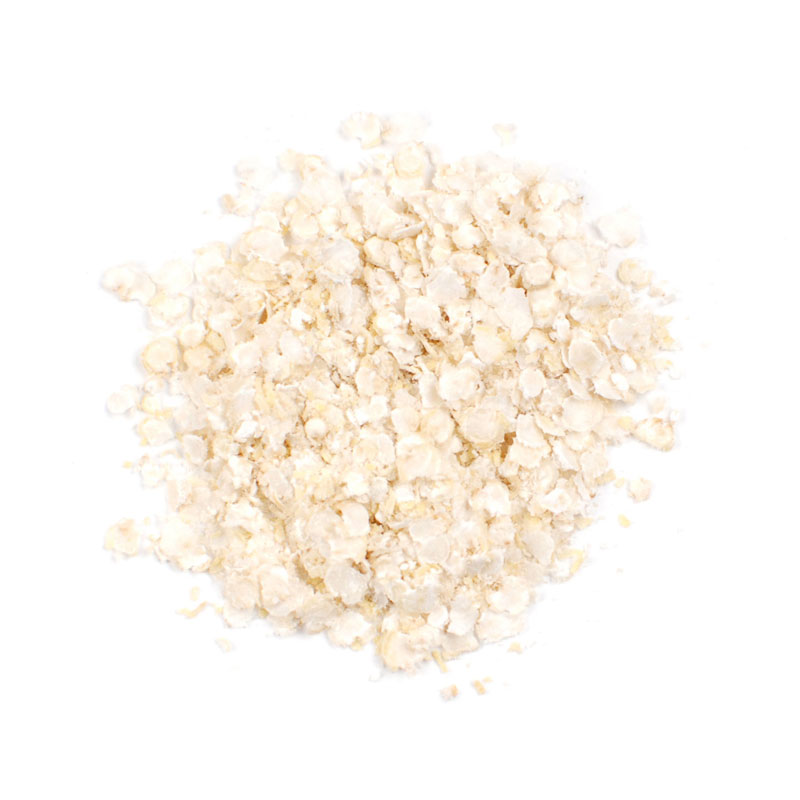 Organic Quinoa Flakes are rolled and then flaked, making them a very quick-cooking, gluten-free substitute for oats in hot breakfast cereals and baked goods.

To prepare one portion as a breakfast cereal, add 1/3 cup Organic Quinoa Flakes to 1 cup boiling water and cook for about 90 seconds. Remove from heat and let stand several minutes until mixture reaches the desired thickness and consistency. Keep refrigerated for a longer shelf life.

Quinoa (Chenopodium quinoa) is a grain-like seed, related to beets, Swiss chard and spinach, that is cultivated in the Andes Mountains. It was widely used by the Incas, and has been grown in Peru, Bolivia, Ecuador and Chile for centuries. The Quechua name for Quinoa translates to "Mother Grain" or "Super Grain," due to its superior nutrition. Legend has it that the Incan emperor would plant the first Quinoa seeds each year in a solemn annual ceremony, such was its importance to the Incan people. Quinoa is considered an "ancient grain" because it has not been developed for large-scale agriculture, and is the same variety grown for thousands of years.

Quinoa grows on three-to nine-foot tall magenta stalks. The large seed heads can be nearly any color - red, orange, purple, green, black and yellow are all common. The plant is resistant to drought and grows well in poor soils without irrigation or supplementation.

The World Health Organization observes that quinoa is closer to the ideal protein balance than any other grain, equivalent to milk in protein and high in iron, magnesium, phosphorus, zinc, vitamin E and certain B vitamins. It is also high in fiber and essential amino acids, but low in carbohydrates.

Quinoa has recently become popular in the U.S., due not only to its nutritional value, but also its unique, delicate texture and flavor. When cooked, the thin germ that encircles the grain partially detaches from the seed and remains slightly crunchy, while the seed itself, pearly and translucent, becomes soft and fluffy. Quinoa has a slightly nutty flavor and is a good substitute for rice, couscous or bulgur in many dishes. It can also be ground into flour for use in baking.

Quinoa comes in a range of colors, with the most common consumer variety being white (most commonly available, so often simply called "quinoa"), red and black. Compared to white quinoa, the red variety holds its shape slightly better after cooking, and black quinoa has a slightly earthier and sweeter flavor.

Organic Quinoa Flakes are rolled and then flaked, making them a very quick-cooking, gluten-free substitute for oats in hot breakfast cereals and baked goods. Cooked Organic Quinoa Flakes look similar to wheat cereal or grits. The taste is light and mildly nutty, with a smoother cooked texture than regular quinoa.

Our Quinoa Flakes make an excellent gluten-free breading for kid-friendly chicken tenders. A dash of our Seasoning Salt and some Onion Powder and Ground Cayenne Pepper really up the flavor factor and make these tenders pop. 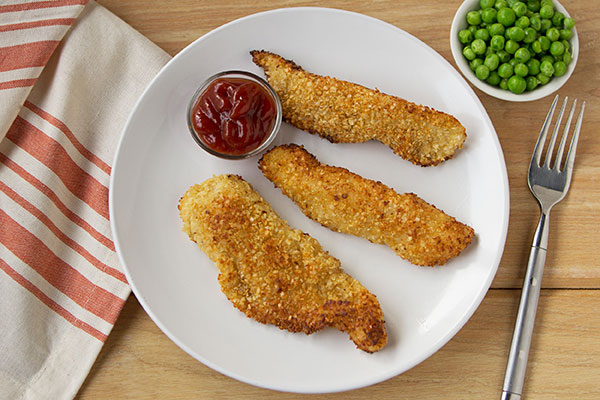