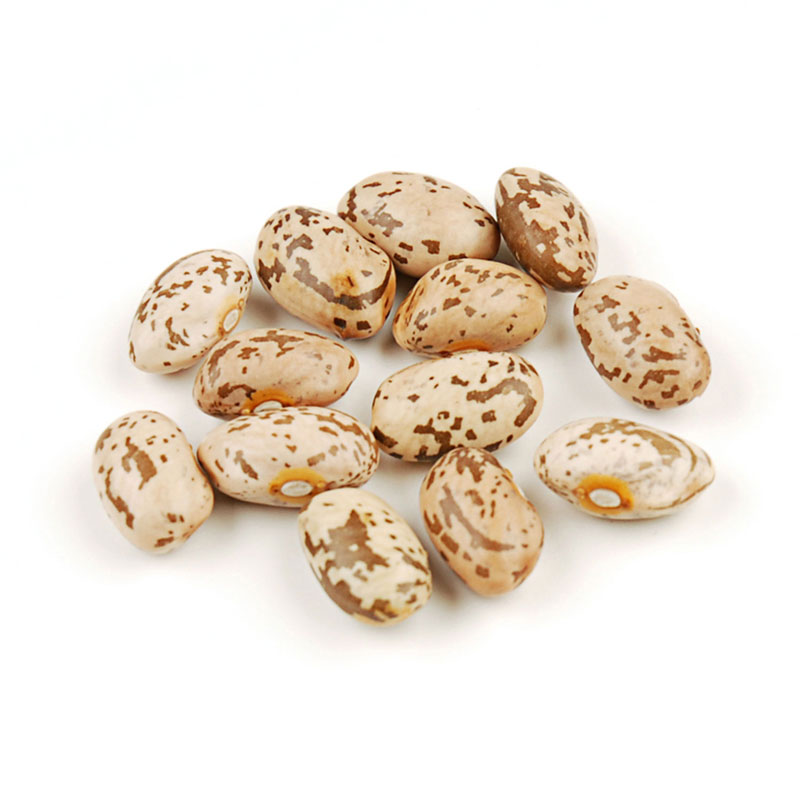 The Organic Pinto Bean is a speckled variety of common bean that is known for its creamy texture, mild flavor and ability to absorb flavors. Its Spanish name translates to "speckled bean," referring to its mottled skin, which becomes uniform when cooked.

Sort and rinse thoroughly before soaking overnight. Rinse and place in a large pot, covered with fresh water. Bring water to a boil for 3 minutes, reduce heat and simmer, covered, for 60-90 minutes, until tender. This bean produces foam when boiling, so skim the water regularly.

The Pinto Bean (Phaseolus vulgaris) is by far the most commonly eaten bean in the United States and Mexico. In 2010, Americans consumed approximately 3.3 pounds of dried pinto beans per person, which is almost four times as many as the next most popular bean, the navy bean.

The Pinto Bean gets its name from its mottled appearance, as "pinto" means "speckled" in Spanish. However, when cooked, the speckles disappear and the bean turns a uniform deep pinkish-tan.

Like all beans, Pinto Beans are thought to have originated in the Peruvian highlands, and proliferated throughout the Americas via Indians from Central and South America who used them as a trade commodity. Spanish explorers brought the Pinto Bean to Europe in the 15th century, and from there the bean made its way to Africa and Asia via the ships of Portuguese traders.

Pinto Beans are members of the larger family of legumes, a genre of plant species used for their edible seeds and pods, which boast a high nutrient density with low-maintenance production and storage. They are a good source of protein, fiber, iron, magnesium, potassium and vitamin B6. Known as a quality, inexpensive source of nutrition, beans have become diet staples in many cultures and are now widely produced in Asia, Europe and North America.

In traditional Mexican cooking, the bean of choice for refrying is the pinto bean. Seasoned simply with garlic and salt and cooked in pork lard or bacon drippings, these smooth, creamy beans pack big flavor. Forego the soaking and cook beans directly in water to create a rich, luscious stock that will keep your beans moist and delicious. 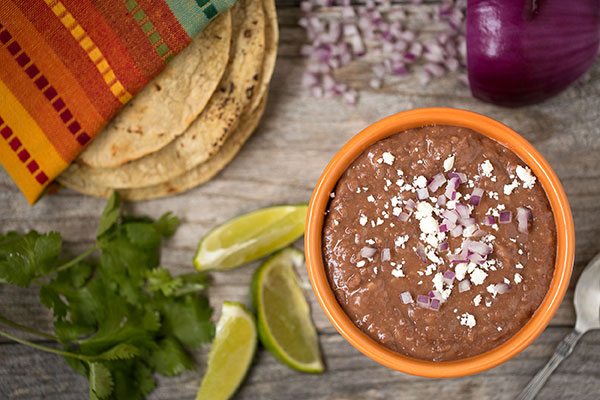