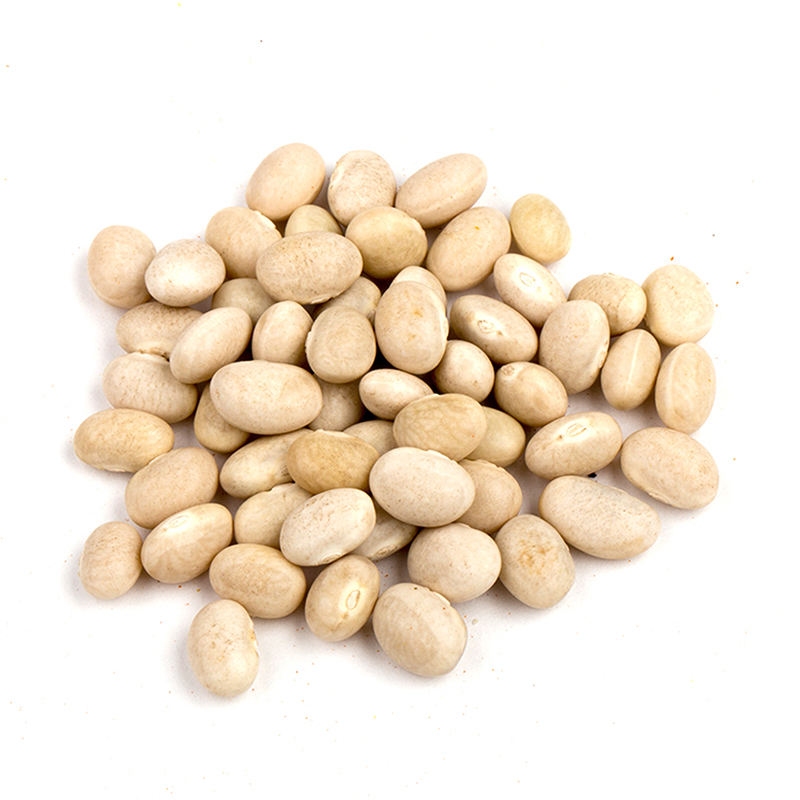 The Navy Bean is a member of the legume family, offering nutrient density, mild flavor and a creamy texture that performs well on its own or as a component among other ingredients.

Sort carefully, then rinse thoroughly and soak overnight. Rinse and place in a large pot, covered with fresh water. Bring water to a boil for 3 minutes, reduce heat and simmer, covered, for 60 to 90 minutes, until tender. This bean produces foam when boiling, so skim the water regularly.

The Navy Bean (Phaseolus vulgaris) is also referred to as "white pea bean." Due to their high nutritional value, low cost and long storage life, the U.S. Navy began issuing these beans as a standard ration for sailors during the 19th century.

Navy Beans boast high nutritional value, low cost and long storage life. They contain high levels of protein, iron and calcium, while maintaining a low level of fats, making them a wholesome and economical addition to salads, soups and side dishes. A rich Navy Bean and ham soup with vegetables is a traditional use for this mild bean.

Navy Beans are members of the larger family of legumes, plants used for their edible seeds and pods that boast a high nutrient density with low-maintenance production and storage. They contain high levels of protein, essential minerals and fiber while maintaining a low level of fats.

Believed to have originated in Peru, beans were spread through trade throughout South and Central America, later being introduced to Europe in the 15th century by Spanish explorers. Known as a high-quality, inexpensive source of protein and nutrition, they have become diet staples in many cultures.

Navy bean soup with smoked ham has appeared on the menus of the U.S. Senate’s restaurants every day since the early 20th century. This tradition is so ingrained in American culture, the soup has come to be known as “Senate Bean Soup.” 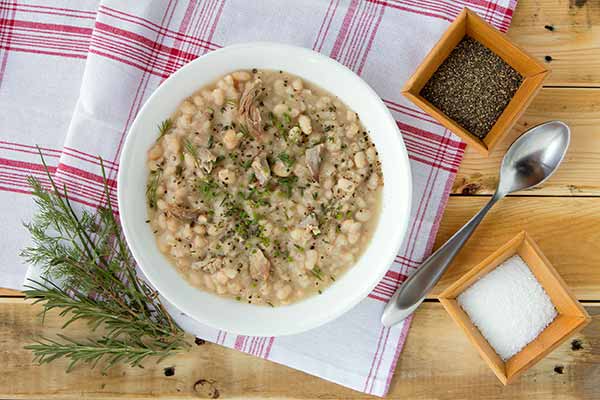