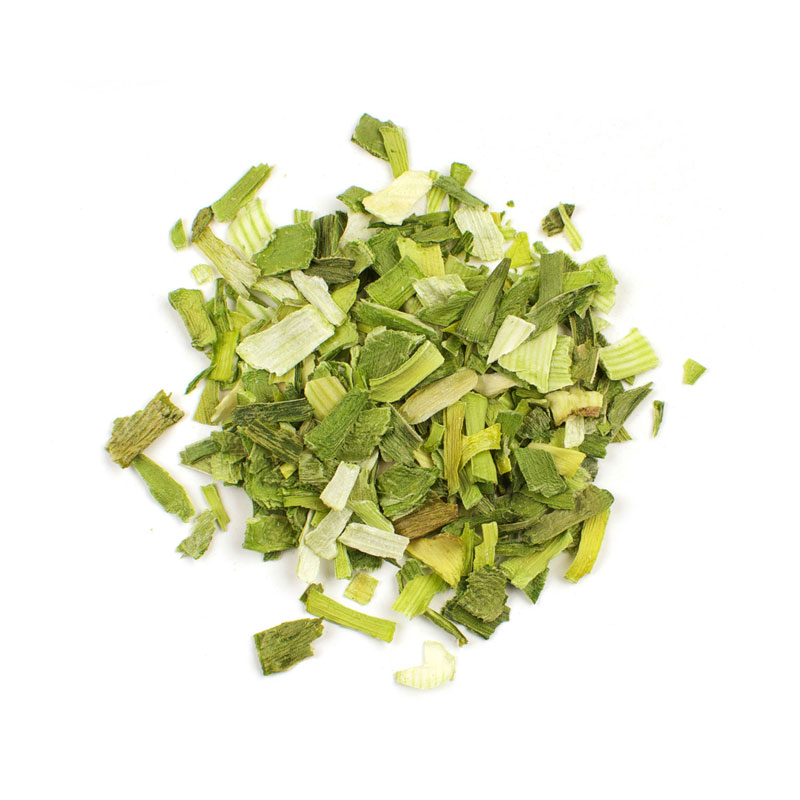 Our Organic Leek Flakes are cut and dried to preserve their beautiful green color and sweet, onion-like flavor. Ideal for adding subtle flavor without added moisture, these flakes are perfect for soups, sauces and stuffing.

Leeks are an allium, along with onion, garlic, shallot and scallion. They are known for having a more refined, subtler and sweeter flavor than onions and a fragrance similar to shallots. Leeks add a subtle aromatic touch to recipes, without overpowering other flavors.

Leeks can be traced back through the centuries. Native to Egypt and the Middle East, leeks have been cultivated there since at least 2,000 B.C. They were prized by the ancient Greeks and Romans for their health benefits, specifically to the throat. Leeks have always been popular in Europe, particularly in Wales, where leeks have long been a cultural symbol for Welsh nationalism, due to a legend about Welsh soldiers wearing leeks on their helmets during an ancient battle that took place on a leek field.

Our Organic Leek Flakes are 100% dehydrated leeks, with a beautiful, natural green color. Sweeter and less pungent than an onion, this product is ideal for adding natural leek flavor without adding bulk or moisture.

This simple chowder uses our convenient Organic Leek Flakes for color, flavor and texture, while its unique smoky notes are thanks to our Applewood Smoked Sea Salt and a shot of brandy. 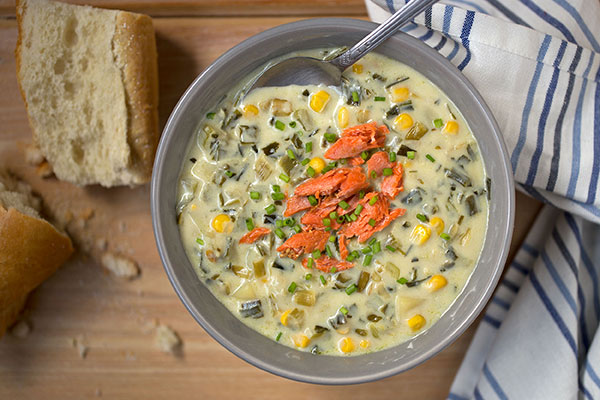