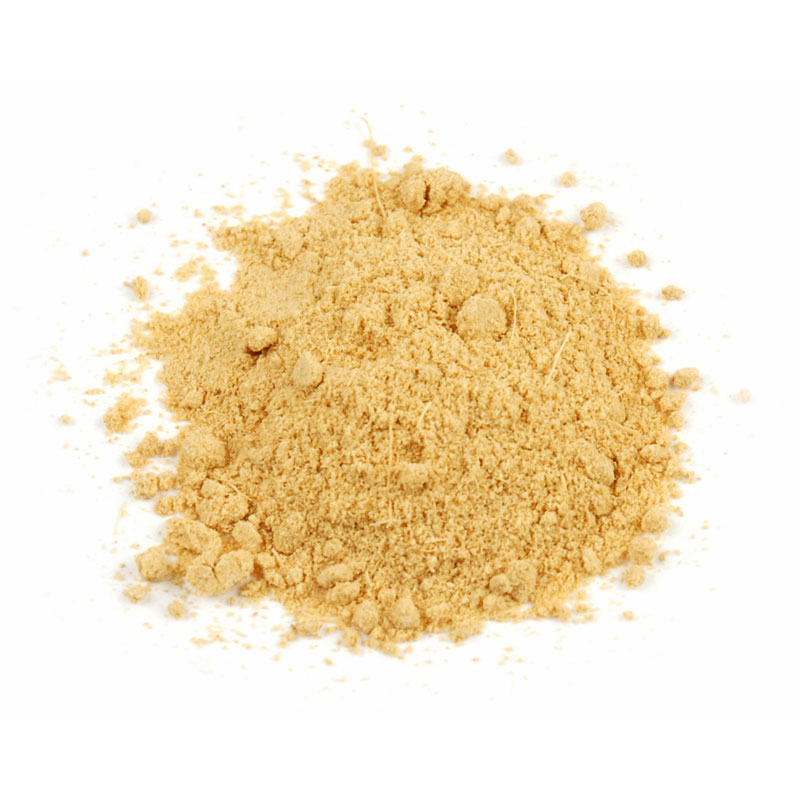 Ginger has a spicy botanical flavor that is sharp and refreshing. We source certified organic, all-natural ginger for our Organic Ginger Powder, a convenient, shelf-stable way to add natural ginger flavor.

Organic Ginger Powder (Zingiber officinale) comes from the dried root, or rhizome, of the ginger plant. The root has tan skin, ivory to golden flesh and a peppery, slightly sweet flavor.

Ginger is native to modern-day India and China, and takes its name from the Sanskrit word "stringa-vera," which translates to "with a body like a horn," referring to its antler-like, branching shape. It grows in tropical regions, including India, China, Indonesia, Thailand, Nigeria, Japan and the Phillippines. The ginger grown in Jamaica is widely regarded as the best in the world.

Ginger has been an important spice since man's earliest recorded history, often sought for its healing properties. It has been an important part of Chinese medicine for many centuries, being used to ease inflammation and speed recovery from the common cold. It is mentioned in the Ayurveda, the Hindu manual of the science of medicine, in the 5th century BC. Today, ginger is still used widely as a digestive aid and to help relieve indigestion, gas, cramping and other stomach ailments. It is also used to treat nausea, motion sickness and morning sickness.

In Chinese cooking, Ginger plays an important role in the balancing foods, serving as the yang (hot ingredient) to the ying (cool) ingredients. Ginger is commonly included in Indian masala spice mixtures for curry, and Japanese pickled Ginger, known as "gari," is a ubiquitous partner for sushi, used as a palate cleanser. Ginger was introduced to Western Europe from Jamaica in the ninth century, becoming so popular that it was often placed on the table along with pepper and salt. Today, an unusual British specialty called "stem ginger" refers to fresh young Ginger roots that are peeled and sliced, then cooked in heavy sugar syrup.

Our crisp and refreshing organic ginger powder makes this rich cake so good it may only be enough for 2-3. The ginger in the sponge cake is deep and mellow and the whipped cream has the signature sharp ginger bite. Finish this roll with some powdered sugar, more whipped cream or some chopped walnuts. 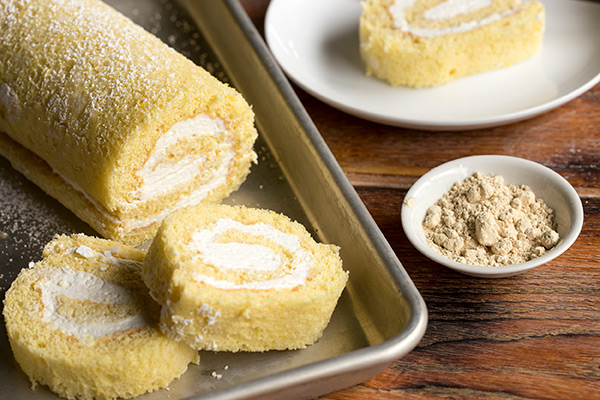