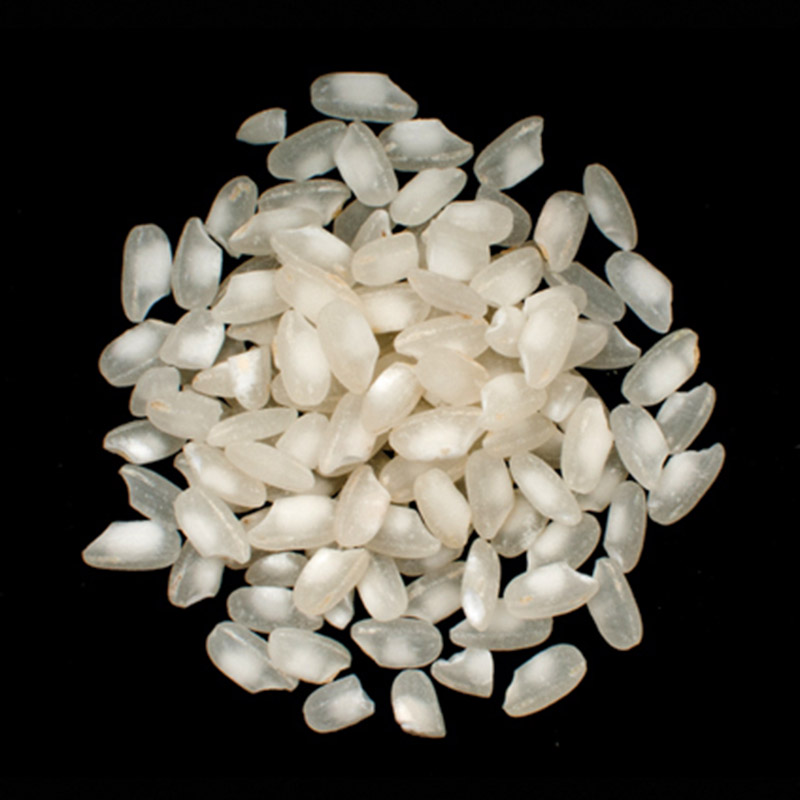 Arborio Rice is renowned for its firm bite and creamy consistency. It is highly absorbent, making it ideal for combining with flavors in risotto. We source exceptional, high-starch, pearly white short grains of Arborio Rice.

Use for rice pudding desserts

Simmer 4 cups of stock. Saute 1/2 cup onion and 1 tsp garlic in 1 tsp oil in a quart skillet on medium heat for 1 minute. Add 1 cup Arborio rice, stir for 2 minutes to toast. Add 1 teaspoon salt. Stir in 1/2 cup wine. Stir in half a cup f stock at a time, until all is absorbed. Stir continuously for 20 to 25 minutes until creamy. Stir in 2 tablespoons butter and parmesan.

Thomas Jefferson was one of the first Americans to bring Arborio to the newly independent United States. During his time as ambassador to France, Jefferson ventured to northern Italy. Despite laws prohibiting “the exportation of rough rice on pain of death," he stole an iron tooth from a rice pestle and stuffed his pockets with of unhusked rice grains. The grains eventually made their way to the colonies and to Jefferson's own estate, where they were planted without success.

Risotto with Mushrooms and Peas

Organic Arborio Rice makes a perfect risotto with the addition of our dried sliced shiitakes and button mushrooms. 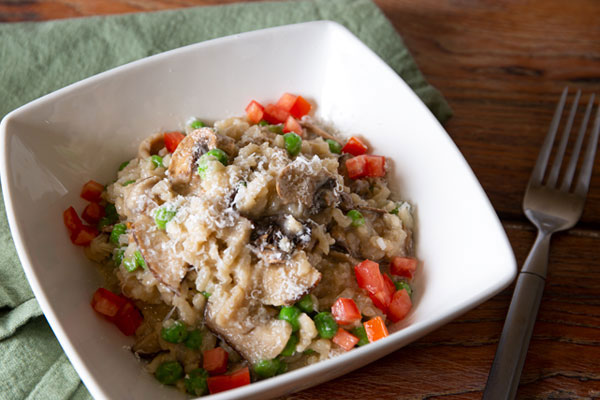