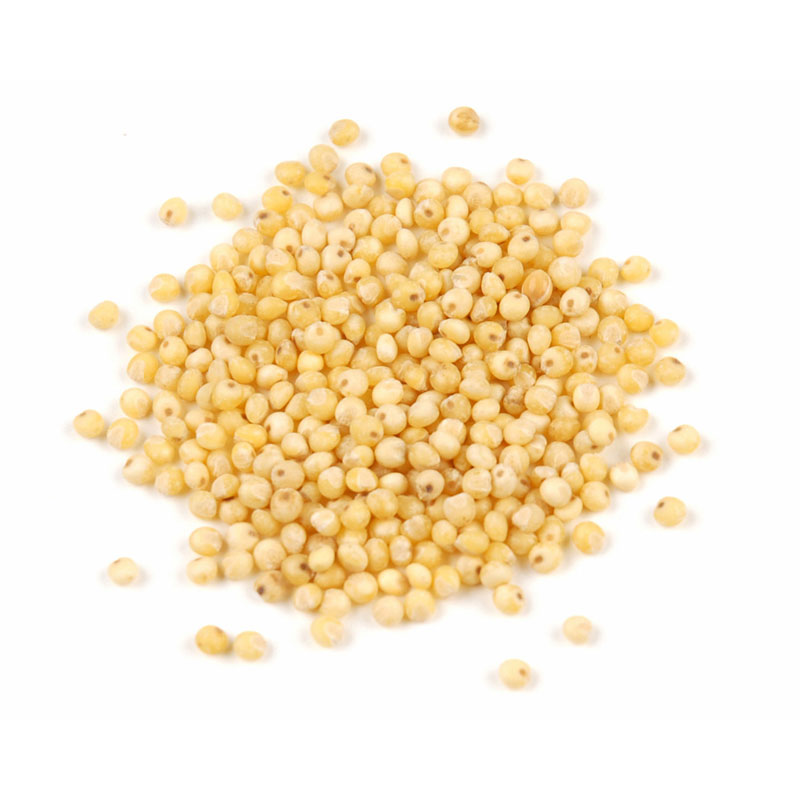 Millet is a tiny, yellow grain-like seed with a mildly sweet, corn-like flavor that can be cooked in a variety of ways to achieve different textures.

For best results, toast prior to cooking. Add 1 cup millet to 3 cups of liquid, and simmer for 30 minutes.

Millet (Panicum miliaceum) is a small, round, yellow grain-like seed with a mildly sweet, corn-like flavor. Millet is native to Africa and Asia, where there is evidence of cultivation since the 5th century B.C. It was a staple grain in Europe during the Middle Ages and the most widely cultivated grain in China before rice. Millet's importance to China can still be found reflected in the written language: the characters for "millet" and "mouth" together make the word for "harmony."

Today, Millet is the world's sixth most important grain crop, with India producing the bulk of the world's supply and a large portion being grown in China and several African countries as well. The seed of an annual grass and a common ingredient in birdseed when unhulled, Millet requires the least water of any grain crop, making it resistant to hot, harsh growing conditions.

Recently, with the growing interest in healthy eating, Millet has become better known as a tasty alternative to rice. Millet lends itself to pilafs, breakfast cereal, breads, soups and stews. Millet is unusual in that it can be cooked with varying amounts of liquid depending on the desired final texture.

In addition to its great taste, millet also packs a healthy punch. It is fiber rich and low in calories while being high in magnesium, a nutrient that has heart-protective properties including lowering high blood pressure and reducing the risk of heart attack. Millet is also rich in phosphorus, which is essential to developing and repairing body tissue. A gluten free grain, millet is also a great alternative for those with celiac's disease or gluten sensitivities.

When cooked with a bit of extra water and then mashed, our Millet Seed takes on a consistency similar to mashed potatoes. This Black Mustard Seed dotted recipe adds a mashed potato for extra body, but you can easily substitute it for cauliflower or simply omit it altogether. 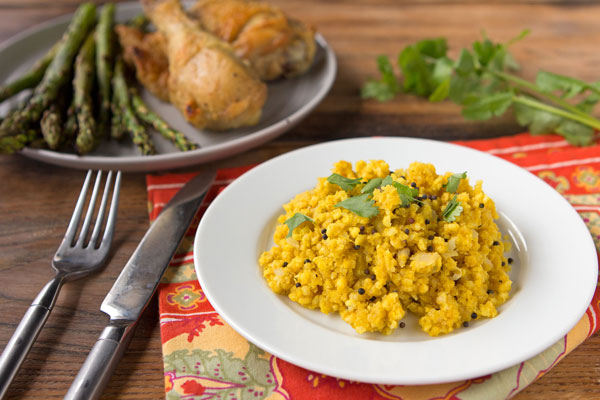