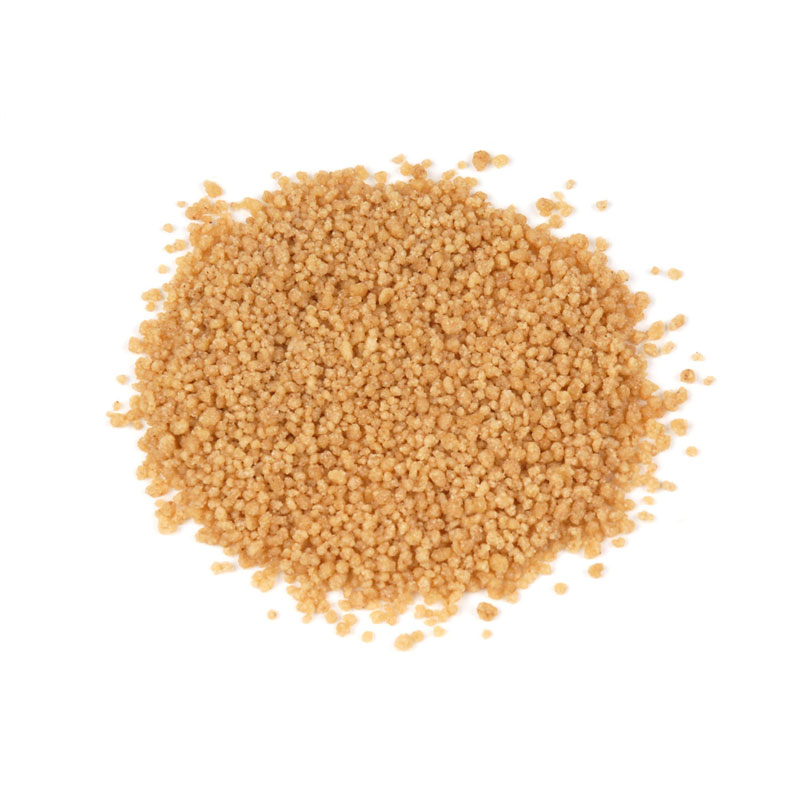 Couscous is a traditional North African semolina pasta, shaped like tiny grains the size of a pinhead. A culinary staple for more than 800 years, quick-cooking Couscous has a light, fluffy texture that make it an ideal base for an endless array of ingredients. Our Mediterranean Spice Couscous is lightly seasoned with a blend of aromatic seasonings.

Couscous is believed to have originated in North Africa, with references to it in cookbooks going back as far as the 13th century and evidence of kitchen utensils needed to prepare it found in this part of the world and dating back to the 9th century.

Couscous is made from durum wheat flour called semolina that is moistened and rolled into form and then coated in finely ground wheat flour. Traditional couscous is extremely labor intensive to prepare, and is usually steamed. However, the most prominent form of couscous typically found in supermarkets today is the quick-cook type.

Couscous can be eaten alone either flavored or plain, warm or cold, or as part of a side dish. In its native North Africa, it is traditionally paired with meats and vegetables and served with a sauce. It provides a unique alternative to rice or pasta, due to its adaptability to a variety of flavor profiles.

The word "couscous" derives from the Arabic word "kaskasa," meaning "to pound small." In addition to being served throughout North Africa, couscous is extremely popular in France, where it has been adopted as a traditional dish. It is also commonly served in Spain, Portugal, Italy and Greece.

Mediterranean Couscous with Salmon in Parchment

Baking fish in parchment is a great technique to preserve moisture while also allowing multiple flavors to mingle together. This fresh vegetable and salmon dish is a perfect complement to the subtle curry notes in our Mediterranean Spice Couscous. 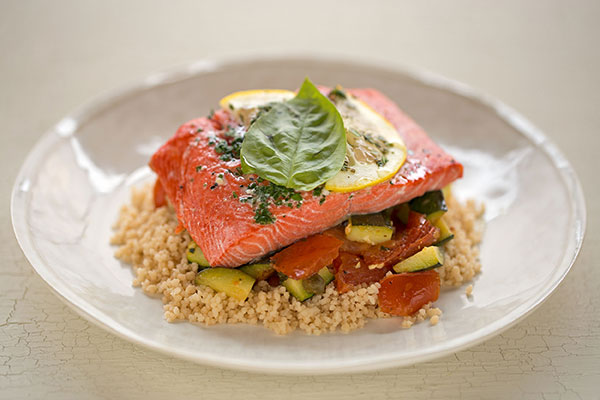