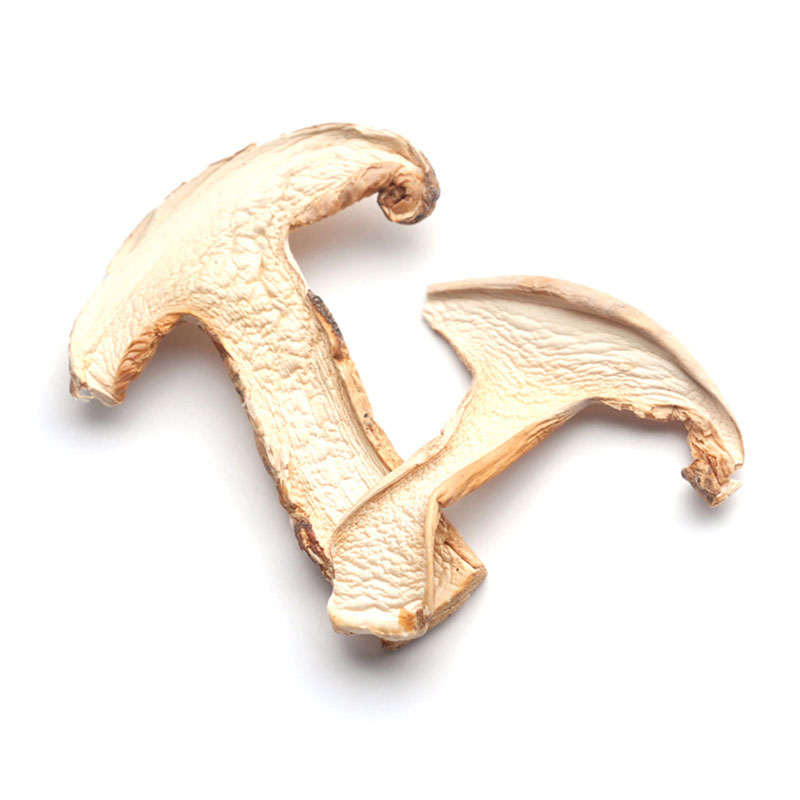 Our Matsutake Mushrooms (also called “pine mushrooms”) are sliced and dried to preserve the distinctive flavor and aroma of this highly prized mushroom, sometimes described as spicy, fruity and piney, with pungent undertones. They are a unique culinary delicacy, sought by foragers the world over.

Rinse mushrooms briefly under cold running water to remove any possible debris. Place desired amount in a bowl and cover with boiling water. Let soak 15 to 20 minutes and remove from water. To best preserve flavor, do not rinse again. Strain and save soaking liquid and add back into recipe to enhance flavor, or rinse and add directly to any recipe that will cook at least 25 minutes.

Matsutake mushrooms (Tricholoma magnivelare), sometimes called “pine mushrooms,” are a highly sought-after wild mushroom variety originally hailing from Japan, but is found in greater quantities in the Northeast and Pacific Northwest of the U.S. This prized mushroom gets its nickname from the pine trees beneath which it typically grows, most often the Jackpine and Ponderosa Pine. Matsutake mushrooms can be difficult to find, as they typically grow in very thick ground cover of moss or pine needles, often just poking their caps above the surface or remaining entirely hidden to the untrained eye.

When young, the mushroom is entirely white, but as it matures it begins to develop rust-colored discolorations on its wide, flat cap where it has been bruised. In the button stage, there is a “veil” partially covering the tight, light-colored gills, which, as the mushroom matures and extends its cap outward, forms a sheath-like covering on the short stem, with a flared top edge that forms a distinctive ring around it.

Despite these distinguishing characteristics, matsutake mushrooms would be relatively difficult to identify in the wild, were it not for their singular fragrance, which is the mushroom’s most distinctive and desirable quality. To discerning gourmands, particularly in Asia, the aroma of the matsutake is often described as fruity and spicy or piney, with pungent undertones.

Matsutake mushrooms are especially prized in Japan, where they have been revered for centuries. The limited local supply means that most matsutakes must be imported from the U.S., and can sell for significantly high prices.

These unique mushrooms are best enjoyed in simple preparations that allow the mushroom to take center stage.

In Japan, Matsutake Mushrooms are typically served in simple preparations, such as this flavored steamed rice dish, to showcase their deep flavor. Using dashi broth as a base, this recipe pairs our Matsutake Mushrooms with the Japanese seasoning trinity of sake, soy and mirin. 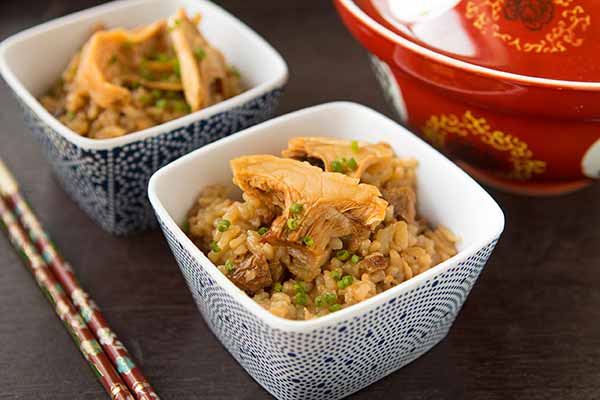