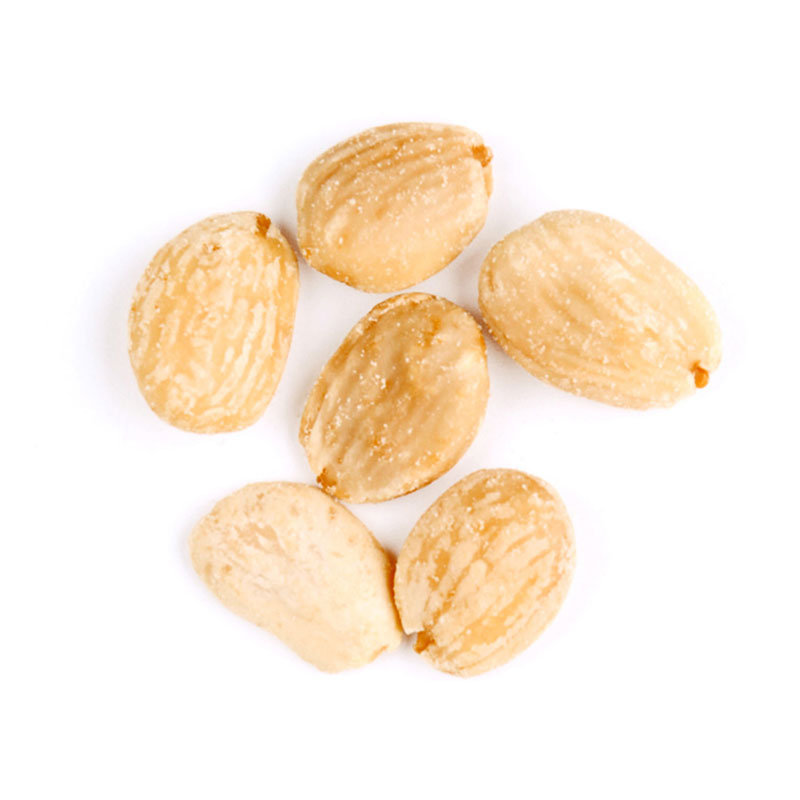 Marcona Almonds are a soft and sweet variety of the almond nut, also boasting a rounder, plumper shape. Our Marcona almonds are lightly roasted and salted for maximum flavor.

Almonds have a rich, slightly sweet flavor that is delicious on its own and also pairs well with other flavors. Almonds can be eaten whole or ground, or prepared as in marzipan, almond paste or almond butter. They are also frequently pressed for their oil or even put through a process that distills their flavor as almond essence. They are can also be processed with water to make almond milk, a substitute for dairy milk.

The variety known as Marcona Almonds were originally bred and are still grown mostly in Spain. They are notably less pointed in shape and are also flatter than standard varieties. Marcona Almonds are prized for their sweet, mellow flavor and crisp crunch. They are often sold raw for use in baking applications or, as these are, oil-roasted and salted for eating as is. They are frequently served as bar snacks or as part of tapas platings in their native Spain.

In this recipe, a simple bowl of Marcona almonds is elevated by the woodsy flavor of rosemary and the crunch of coarse sea salt. Serve them with a wedge of Manchego cheese and a glass of cava. 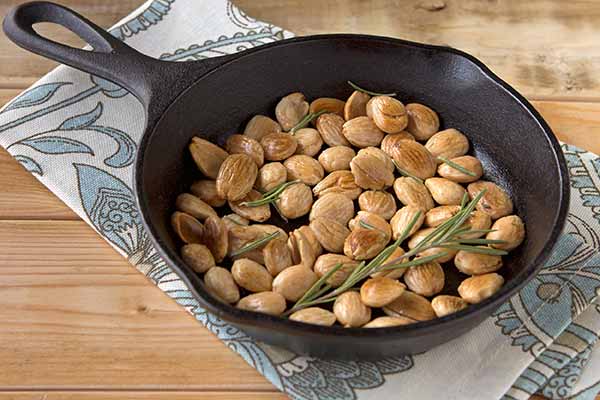