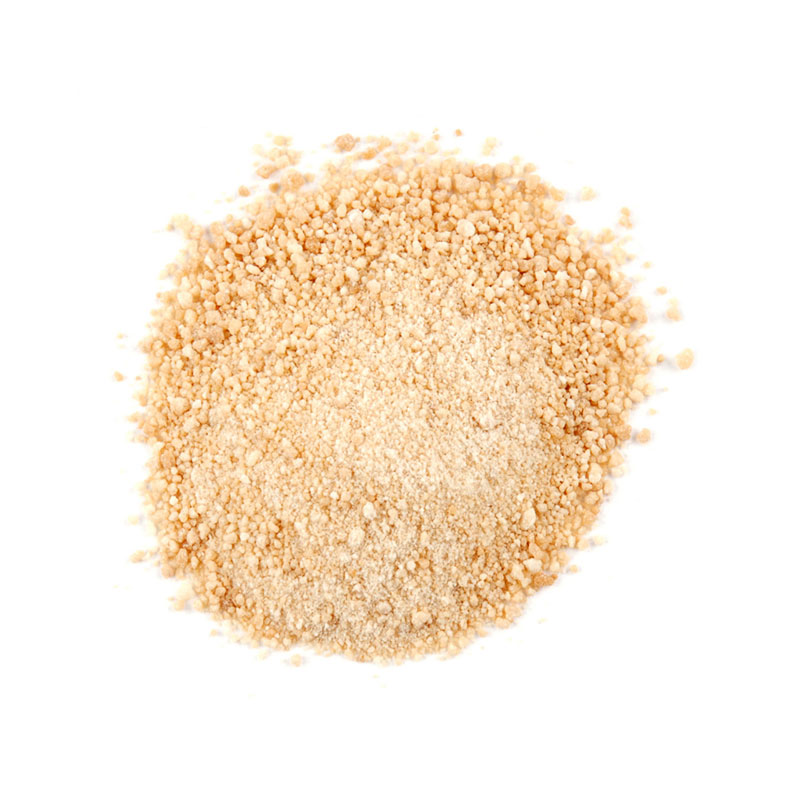 Our Maple Sugar is a granular form of pure maple syrup, perfect for adding authentic maple flavor to a recipe without adding liquid.

Maple Sugar is what remains after all of the water has been boiled off the sap of the maple tree. This produces a pure form of maple flavor, perfect as a natural sweetener and for use in recipes in which maple flavor is desired, but liquid is not.

The extraction of sap from the maple tree is an age-old process, consisting of piercing the tree to allow the clear sap to run out freely. The sap is then boiled to evaporate the water and harvested at different consistencies to produce various forms of maple sweetener.

The indigenous peoples of North America were the first to discover maple sap as a quick-energy and nutrient-dense source of food. When Europeans arrived in the New World, they learned the native tribes' methods for tapping maple trees and extracting and processing the sap, and began using this process to produce maple syrup. While the technology has improved, the process remains essentially the same today. Maple Syrup and its various derivatives have persisted through time due to their distinct flavor, natural quality and nutrient density.

Maple syrup and Maple Sugar have a historical and cultural significance in the United States, as they relate to two important wars. They were used by Northerners and abolitionists during the Civil War because most cane sugar and molasses were produced by Southern plantations that used slave labor. In addition, due to food rationing during World War II, people in the Northeast stretched their sugar rations by using maple syrup and Maple Sugar. Recipe books were even printed to encourage people to use this alternative sweetener in their cooking.

Maple Sugar and maple syrup are lightly processed sugars, which, by comparison with refined white sugar, offer more nutritional value. While it is true that Maple Sugar is still sugar, this less-processed sugar contains nutritionally significant amounts of zinc and manganese. Compared with honey, another less-processed sweetener, maple syrup and Maple Sugar also have 15 times more calcium and one-tenth the sodium. In addition, scientists have found that maple syrup's natural plant compounds have an inhibiting effect on carbohydrate-hydrolyzing enzymes that impact type 2 diabetes.

Our convenient granulated Maple Sugar complements the deep nuances of authentic maple syrup in this decadent, pudding-like cake. Serve it warm and offset the rich sweetness with unsweetened whipped cream and a touch of bright Greek Sea Salt. 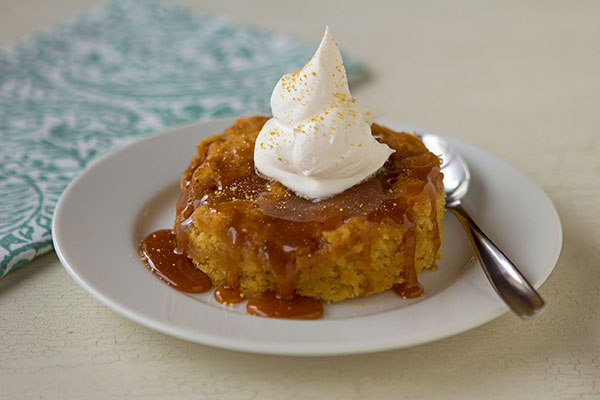