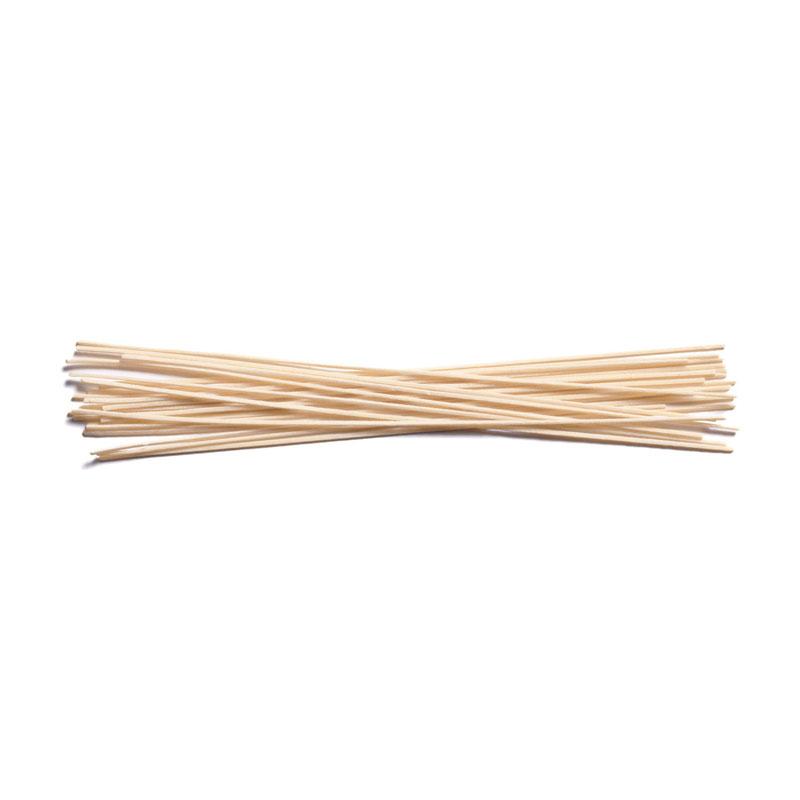 Lo Mein Noodles are Chinese wheat flour noodles that are typically used in stir-fried dishes for their sturdy structure, elasticity and ability to absorb flavor.

Add noodles to a large pot of boiling salted water and stir. When water returns to a boil decrease heat and continue to simmer for 5 to 7 minutes or until tender. Drain the noodles and rinse briefly under cold water to stop the cooking and remove some of the surface starch.

Lo Mein Noodles are the basis for a traditional Chinese dish, often mixed with a soy-based sauce, meat, vegetables and other seasonings. This versatile dish can include an almost endless variety of variations, and is popular in American-Chinese cuisine. A more traditional variety of lo mein is prevalent in Hong Kong, served with a separate side of broth and topped with vegetables.

The term "lo mein" comes from a Cantonese word meaning "stirred noodles." Wheat noodles like Lo Mein Noodles originated in Northern China, where wheat is much more prevalent than it is in the South.

In China, noodles symbolize longevity, so they are typically served on birthdays and the Chinese New Year for luck. Because of this symbolic association, it is considered unlucky in Chinese culture to cut a cooked noodle.

This classic recipe is a study in simplicity and wok technique. As with all wok cooking recipes, the actual cooking is done in a flash. That means in order to successfully prepare it, all ingredients must be prepped prior to turning on the flame under the wok. 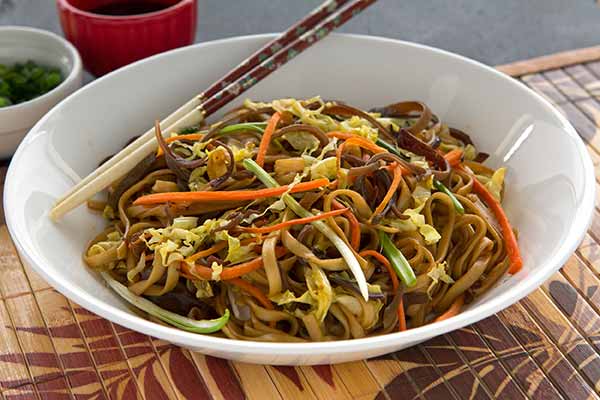