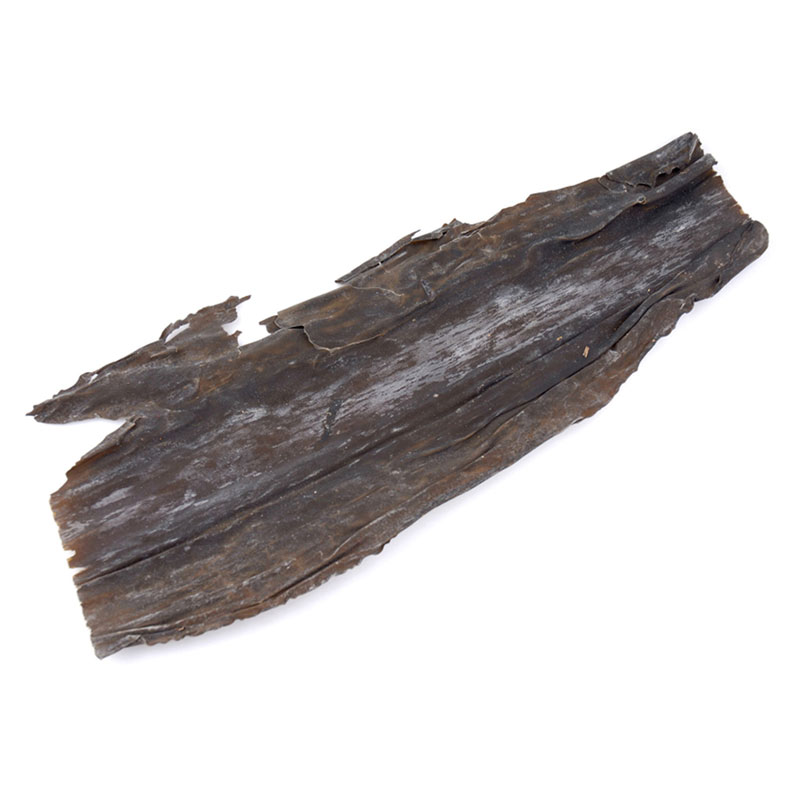 Kombu, a Japanese word for nearly any edible seaweed from the family Laminaria, is an essential pantry ingredient in Japanese cooking, and one of the three main ingredients in "dashi," a traditional soup stock.

Dried kombu needs to be simmered for at least 20 minutes to soften it and flavor the liquid. If used only for flavoring stock, the kombu itself is removed from the simmered liquid at the end of cooking and discarded.

Kombu is a Japanese word that describes almost any edible kelp in the Laminariaceae family. This type of kelp grows in the waters off the coast of Japan, Korea and parts of China, and is widely cultivated for culinary use.

Asian cultures have been harvesting kombu for centuries. The kelp's salty, savory taste is often described as umami, the "fifth sense." Kombu is one of the three main ingredients used in making "dashi," the traditional Japanese soup stock, and is also used to make a seasoning for sushi rice, among other uses.

Kombu, like all sea vegetables, is highly nutritious. It provides high levels of iodine (essential for thyroid function), iron, calcium and vitamins A and C. In addition, it is high in glutamic acid, the amino acid that produces the "umami" taste.

Dashi, a popular and essential element in Japanese cooking, is used as a base for a variety of soups, rice dishes and sauces. The subtle flavor of our Kombu paired with sake and bonito flakes makes for a versatile broth that can be used in all kinds of culinary applications. 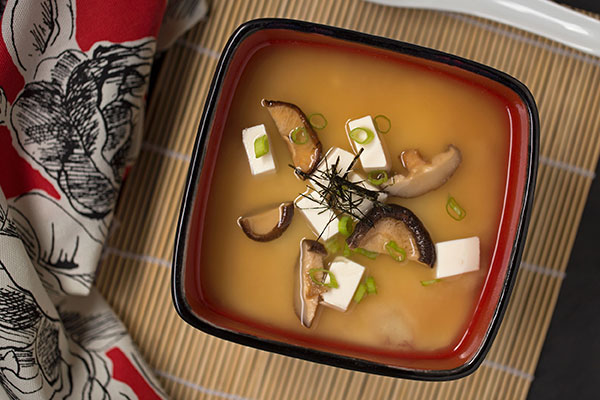